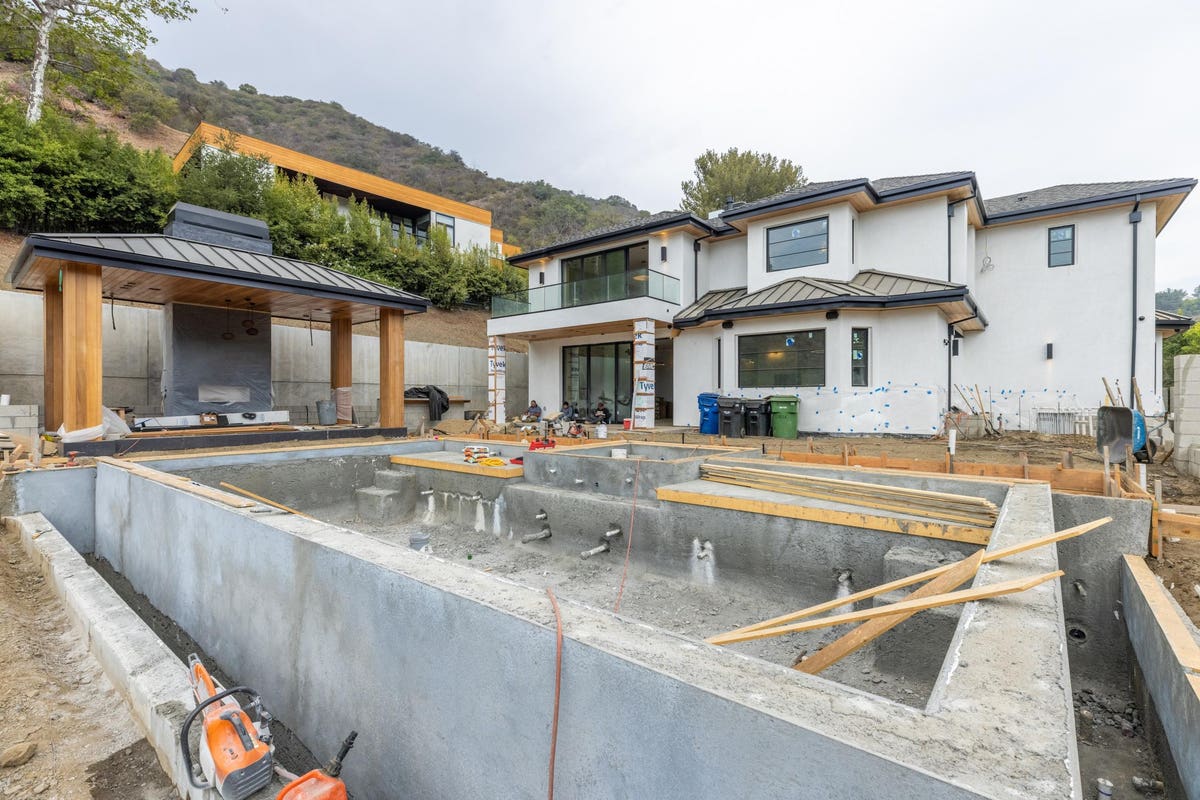 As lumber prices hit dramatic highs last Spring, homebuilders and developers held their breath, with many opting to delay construction on new projects until prices abated. The roller-coaster prices hit both large national entry-level builders and custom luxury home developers building on speculation. Lumber prices have since come back to earth—according to Fortune, lumber prices have fallen 68% after hitting a historic high in May of $1,515 per thousand board feet of lumber to a recent price of $485 per thousand board feet—but builders aren’t expecting a drastic market correction.

Yaron Yehoda has built luxury homes around Los Angeles since 2009, including projects in high-dollar ZIP Codes in Pacific Palisades, Encino, Studio City, Brentwood, Beverly Hills and West Hollywood. “Yes, prices have fallen. But you have to look at the huge price they’ve come down from,” reasons Yehoda, whose building style is “traditional with local elements.” The price-points for those homes have ranged from $4 million to $10 million.

Looking at profit margins, Yehoda explains why some spec builders are in a holding pattern. “Those who build homes for $4 million and under are not building right now. Those high lumber prices impact the margins on that priced home. In the $14 million-$20 million range, it won’t have as much of an impact on profits.” According to Yehoda, those extra budgeted dollars spent for lumber will turn a $4-million spec home into a $4.5-million property. “Areas like Beverlywood, Beverly Grove, and around Melrose don’t command that price,” he explains.

“We did more business first half of this year than all of last year. We are getting business that we won’t work on for a year or two, Hirsch said. “We have contingencies with clients if prices go up; we are allowed to pass that on. It’s all about supply and demand since the cost of the trees hasn’t gone up,” he adds.

Chief Economist at realtor.com Danielle Hale lends perspective on the situation. “I know the major builders have consistently been trying to manage their pipelines, making sure they pencil out a year from now when homes are finished based on the high lumber prices they were paying in the Spring. I’m sure that funnels down to the luxury spec builder,” Hale said.

“It’s very tricky for the builder in that $4-million range around Los Angeles because when a house must hit that $4.5-million price, buyers start to compare it to an area that’s a slightly better,” Yehoda observes.

Once again, lumber prices may rise and fall, yet spec building and real estate fundamentals remain. “It’s a location-driven market,” said Yehoda who has a new project coming to market in the next month in Beverly Hills. Marc Noah of Beverly Hills-based brokerage Hilton & Hyland is the exclusive listing agent for the property.

Hilton & Hyland is an exclusive member of Forbes Global Properties, a consumer marketplace and membership network of elite brokerages selling the world’s most luxurious homes.