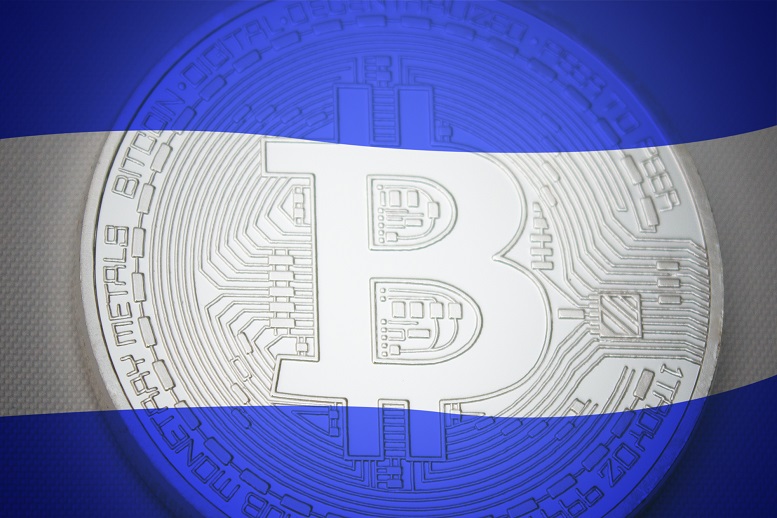 Bitcoin dropped another 2.73 percent in conjunction with the Dow dropping 210 points by 0.6%. While the latter was due to the US Federal Reserve’s latest monetary policy decision and projections. (I’ll give you a hint: Higher interest rates), the former was due to a big development in the world’s move to decentralized finance via crypto currencies.

El Salvador’s president Nayib Bukele was hoping for a better response from the World Bank after his government signed a law on May 5, 2021 propopsing the nation take on bitcoin as legal tender.  Under the new law, companies in El Salvador must accept bitcoin as a form of payment. Also, the government will also allow taxpayers to, you guessed it, pay their taxes in bitcoin. 62 of 84 members voted for the proposed law, and already much of the country is ahead of the curve.

Quite surprising in a nation where 70% of the population doesn’t have a bank account.

A Quarter of El Salvador’s GDP is from Remittance

US$6 billion in remittance came into the El Salvadoran economy in 2020. This amounts to benefitting 360,000 households in one of the most ‘unbanked’ nations on Earth.  Also, the nation has some of the lowest internet penetration rates in Latin America.  In rural areas, about 10% of people have internet access.

One example is only about 30 miles from El Salvador’s capital, San Salvador. The beach town of El Zonte might not have proper concrete roads or even working drainage in many parts, but one thing it does have? Bitcoin.

Already after the announcement, this month has seen Crypto entrepreneurs and businesses pouring in to help El Salvador get started, picking up the tab where the World Bank so unceremoniously dropped it. Still, hope is not lost when it comes to letting El Salvador make bitcoin legal tender.  (Also, they might not be the only country to adopt bitcoin in the next few years.)

If you just randomly showed up in #ElSalvador this week you would definitely think there was a huge #Bitcoin conference going on. Non-stop flow through the airport of company leaders looking to support this moment and bring jobs to El Salvador

While it’s all sunshine and roses for whale wallets, crypto entrepreneurs, and those in developed countries with multiple screens, people like Zulma Rivas, a 38-year-old mother of 3, says she started accepting bitcoin payments last year for bags of cut fruit she sells to tourists as part of an experiment in the El Zonte ‘Bitcoin Beach’. Her issue? Her old smartphone can barely run the payment app, and when the journalists reporting on her returned to check up on her, her phone was broken.

While it might be official on paper, the developing nation still has a long way to go. Considering that much of the nation is still bankless (About 70% of the country doesn’t have a bank account), wire transfers are still king – especially when 1/4 of El Salvador’s GDP comes from remittance from overseas. Companies like Western Union (NYSE:WU) may be able to indicate through their moves just what the traditional finance world thinks is going to happen.

For now, when it comes to bitcoin and the cryptocurrency world, El Salvador making bitcoin legal tender is nothing but a net positive, even if the powers-that-be might be furrowing their eyebrows.