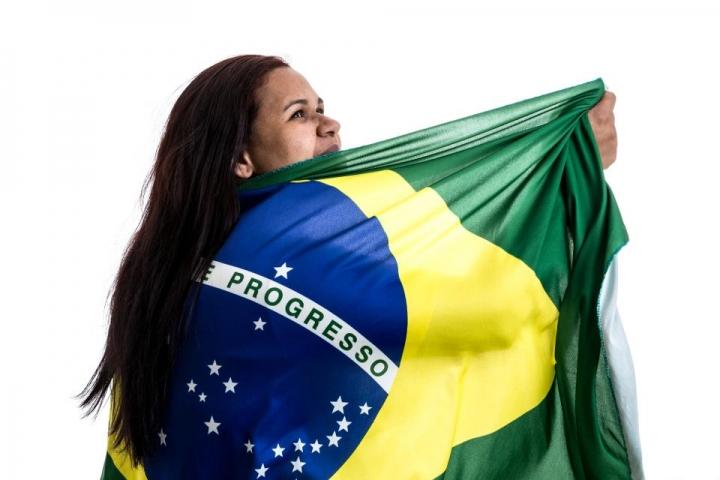 At long last, Brazil is back and it will blow Mexico away next year as a relatively safe bet for growth in 2018, analysts from Morgan Stanley suggested in a report dated Dec. 8.

Mexico’s been doing quite well, thanks to the strong U.S. economy that it depends on for nearly all of its exports. But next year is an election year in both Brazil and Mexico. Only difference is that Mexico might elect someone who hates NAFTA as much as Trump. Brazil, meanwhile, might elected someone who has been indicted for influence peddling and other crimes associated with the massive Petrobras pay for play scandal. While both political leaders — Andres Manuel Lopez Obrador of Mexico and Luiz Inacio Lula da Silva of Brazil — are unlikely to disrupt the economy from its current path, Morgan economists led by Arthur Carvalho have Brazil’s GDP growth rate at nearly double that of Mexico’s. And it is about time, too. Brazil has had back to back recessions while Mexico has been growing at nearly 2%.

That is not the case for them in 2018, though. Mexico is seen growing at 1.8% next year versus Brazil’s expected growth rate of 3.1%.  Mexico’s stock market has underperformed Brazil’s over the last three months.

“Mexico as the only major economy in the region that should shift into lower gear in 2018,” Carvalho says.

From an equity investor’s standpoint, Mexico is hiking interest rates. If not, Banxico is expected to remain hawkish. For bond holders, that’s a money loser. Higher interest rates mean that those holding peso bonds now will take a hit because investors can buy new peso bonds at a higher yield, cutting into current bond prices.

Brazil is lowering interest rates. It recently cut its benchmark rate to 7%. Nomura Securities thinks its going to 6.75%. UBS thinks so too. That’s bullish for stocks and for bond holders who are sitting on higher yielding debt that is about to go lower, if market consensus gets its way.

On both counts, Brazil is better.

Markets ‘Will Not Be Pleased’ If Lula Becomes President Again — Forbes

Unlike Mexico, Brazil is coming out of what many have called an economic depression. It has hit bottom and skidded along in the mud for months on end. Now it is seeing a turnaround. Unemployment is a whopping 14%.

Morgan economists think Brazil’s consumer will drive the economic recovery next year thanks to lower capital costs, low inflation — particularly food inflation, and a definitely improving labor market. Higher consumer confidence bodes well for Brazil investors and for Main Street Brazilians who have been beaten down for the past two years thanks to an ugly political crisis that crushed the economy and kicked its first female president to the curb on accounting fraud charges in August 2015. Morgan also estimates that lower interest rates might free around R$100 billion (around $33 billion) in disposable income due to lower financial services costs for consumers and businesses.

“Most investors are well aware of the big uncertainties facing Mexico in 2018, principally NAFTA and the electoral process, and have adopted a generally cautious stance,” said Morgan Stanely economist Luis Arcentales, fresh off a clients tour of Europe. “My base case for one-handle growth next year raised eyebrows (because) investors argued that the economy would show relative resilience, maintaining a pace above 2%,” he said, which is in line with the guidance from Banxico.

Investment spending in Mexico is down around 1% this year and not seen improving until the NAFTA issue is cleared. Domestic incomes are under pressure, down 1.5% due to slower job growth and the drag on real wages from inflation. Mexico’s government took an unpopular decision to raise gasoline prices this year, causing riots in the streets in the first half of 2017. The income drop in Mexico is nothing like it has been in Brazil in percentage terms, but that comes after two years of income gains of 5% a year.

Other determinants of spending, such as lower remittances from Mexican citizens living in the United States and credit costs, have not been helping spending. Exports are also losing momentum, Morgan economists said, so stronger external factors are not helping Mexico beat Brazil. Industrial exports have stabilized in recent months.

“The economy is likely to struggle to gain traction,” says Arcentales.

London based asset manager, Schroders, has Brazil as an overweight for both equity and debt.

“We like Brazil debt too, but Mexico — at over five and half percent yield is a worth it,” says Abdallah Guezour, a Schroders emerging markets bond fund manager. “That’s especially true if the peso falls and buying Mexican debt costs less than what it does in Brazil.”

Brazil’s return from economic malaise is much needed. The country’s GDP per capita is now close to China’s, having lost around $2,5000 per capita over the last two years, based on World Bank data.  Brazilians have been living with rising crime in key cities like Rio de Janeiro, and increasing poverty in the northeastern cities, long bastions of Brazil’s lower income households. The current administration of unpopular leader Michel Temer goes by the wayside in 2019. Next year is Temer’s last year in office. His approval rating is under 5%, making him, arguably, the worst president in the Americas as viewed by the domestic population.