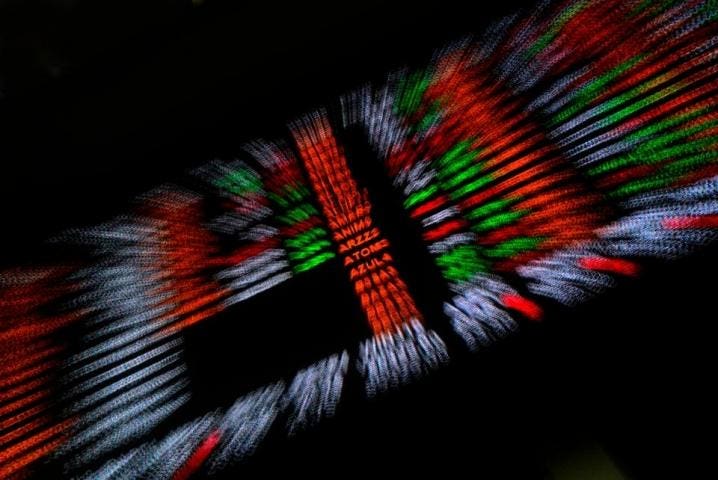 Global markets were volatile again last week. Here are some of the major movers and indicators that investors should be watching. As you read through, note that the breakdown in historical relationships between different markets can be just as important as a new high or low in price or value.

The relationship between gold and the real yield on government bonds appears to be breaking down. Since the financial crisis and the onset of Quantitative Easing (“QE”), gold prices have had a close relationship with real yields (the yield an investor gets after adjusting for inflation). Gold would fall when real yields rose, and vice versa.  The narrative behind the relationship makes sense: when real yields are low or negative, market expectations for future inflation grows (negative yields, in theory, will bring forward investment and spending because of low inflation-adjusted borrowing costs).

The recent price movements are counter to this historical pattern. Real rates have risen 45 bp in the last seven months from 25 bp to 71 bp and the price of gold has held steady and is showing strong price momentum. The statistical correlation is now zero. In order for the “normal” relationship to resume, either bond yields or gold prices must fall.

When most people think about the price of crude oil, they look at spot (or current) prices. The futures market, however, allows speculators and hedgers to trade crude oil far into the future. Sometimes, the price for crude today is very different from the price of crude for forward delivery.

For example, the front end of the crude futures curve (the contract for delivery in 1 month) has rallied 22% in the last year. The back-end (the 48th contract for delivery in 4 years) has fallen 4.5%. Why? Oil producers are locking in prices at current levels, depressing forward contracts, whereas speculators focus on buying near-term contracts to play the rising cost of crude.

The difference between the 48th and 1st contract approached $16 per barrel last week, the highest level since 2014. The spot price was over $100 back then.

Sticking with the energy theme, it is well known that energy stocks do not always follow the price of oil and/or gas in the short term. As crude rose from $50/barrel in October of last year to $67/barrel today, XLE, the ETF that tracks the largest oil & gas companies in the U.S., barely budged. In fact, by March of this year, it had underperformed the S&P 500 by 9%.

Part of the weakness is explained by the above chart showing the rise in crude has been contained to front futures, not futures for delivery in several years’ time. If deferred prices were to rise, the economics of the energy industry would seriously improve. Nonetheless, the sector has begun to reverse. The 9% underperformance has disappeared in the last six weeks. The energy sector beat the S&P by 4% last week alone.

The new U.S. sanctions on Russian individuals and companies have hit Russian assets hard. Since the announcement of the new policy on April 6th, Russian equities have fallen almost 7%, the Ruble has declined by 8%, and the yield of the benchmark 10-year local currency bond has spiked almost 0.50%. Russian involvement in the Syrian situation has not helped either. The weakness in Russian debt contributed to the underperformance of emerging market sovereign credit and equities last week.

The AAII (American Association of Individual Investors) produces a weekly indicator to gauge the sentiment of individual investors toward the stock market over the next 6 months. Respondents are asked whether they feel bullish, neutral or bearish. Observers of the index sometimes look at the difference between the bulls and the bears to gauge market sentiment. High bullish readings can be indicative of market tops, so it is good to know when investors are getting overconfident.

At -17%, the most recent poll shows the largest number of bears in relation to the number of bulls since early 2016. The bull-bear indicator was at 44% coming into 2018. Sentiment has flip-flopped and could be supportive for the stock market going forward.