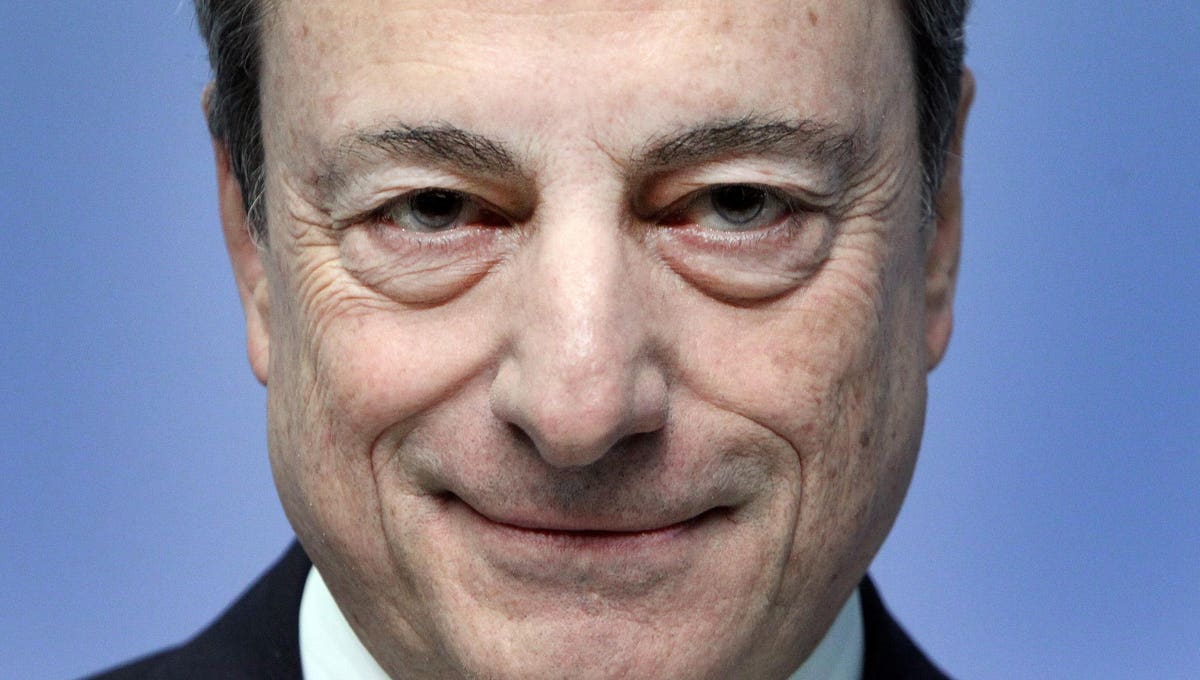 European Central Bank (ECB) chief Mario Draghi signaled that further rate cuts in the euro-zone are unlikely. That means rates are going higher sooner rather than later. Who is going to be the buyer of all that negative interest rate debt, nearly a trillion of it in the market according to Fitch.

Negative to zero interest rates in northern Europe and Draghi’s money printing are not going anyway in the first half of the year even as inflation hits the ECB’s 2% target. Draghi said recent inflation was generated by oil prices and not an economic uptick. So either he thinks oil is falling back into the low $40s like last year, or his confidence in European economic growth is rather “meh”.

“Draghi has his hands tied,” says Fernando Pertini, CEO of Millenia Asset Management, an offshore money manager in Panama. “He is clearly betting on oil to contain inflation. OPEC is probably his last hope to avoid stagflation,” he says, noting that some of his clients are moving into the CBOE Volatility Index, known as the VIX.

If Draghi is right, and inflation is all because of oil and not because of industrial output, then it is not hard to make a bear case on Europe. Despite recent PMI numbers for February looking decent, Germany factory orders were down 7.4% in January, totally erasing December gains. Europe’s purchasing price index year-over-year is up 3.5%. Inflation is indeed rising, and not just because of oil. But the ECB is in a pickle because as rates eventually go up, what will northern European financial firms do with all those negative yielding bonds they are holding? What will life insurers do? Deutsche Bank is turning to their rich emerging market friends in Qatar and China for some support. And now, rumors of Credit Suisse still having some problems because of negative interest rates.

Western economists are quick to call on the need for a toxic asset banks in China and India when perhaps Europe can use one itself. It will be the buyer of first and last and only resort of those negative yielding bonds in the years ahead as insurers unload as soon as they can. Government policies there have made it harder for life insurance firms to ignore negative yielding bonds. Some are mandated to purchase government debt, regardless of its value.

The euro gained somewhat on the dollar on Thursday, but the bear case of parity brings the euro down a mere five basis points. A negative view on Europe is perhaps better reflected in Europe’s other preferred global currency, the Swiss Franc. Swiss bank accounts aren’t the secret safe havens they used to be and that has led Russians and the Chinese to cash out and buy into to Swiss real estate. Square meter prices outside of Zurich, in Banhofstrasse for instance, have hit 100,000 francs, or $98,000 per square meter. Buyers there say it is completely bubbled up and are bearish on the franc’s value, which is basically even to the dollar at this point.

A demand for safe havens in Europe and recent changes to the ECB’s bond purchases that favors German debt have forced the 2-year bund yield to its record low. As it now stands, the 2-year yield differential over Treasury bonds is now at its widest in 17 years. The demand for safe-havens, even money losing instruments like negative yielding bonds, is also being seen in an increase in currency intervention by the Swiss National Bank, amounting to $24 billion in February, the biggest increase in more than two years and resulting in accelerating growth in their balance sheet.

For Europe, there are two major events coming up which will change direction of the euro. First is the elections in Netherlands next week and France in May. If the anti-euro party wins the election, this would create a lot of trouble for the European central bank. If perception is that the euro doesn’t survive, then keeping everything else at status quo in the monetary system may be prudent, says Naeem Aslam, chief market strategist for ThinkMarkets in London. “It is in Draghi’s interest to keep buying more time until we have navigated through all these storms and sailing becomes smoother,” he says. “The two elements the ECB always used as an excuse to keep the QE going are inflation and oil. So it is a very tightrope on which Draghi is walking,” Aslam says.

The second factor is the upcoming G20 meeting where President Trump will meet all of his European counterparts for the first time. When it comes to Trump, you need to bet the house. How he views the dollar is very important factor. He has called Germany a currency manipulator due to the lower euro, and Draghi needs to keep this on his dash board when it comes to monetary policy, Aslam says.

The general expectation is that the ECB won’t taper out of its bond purchasing program until after August.

The European Central Bank surprised no one today when it decided to hold its zero interest rate policy. For European savers, the deposit rate is -0.4%.