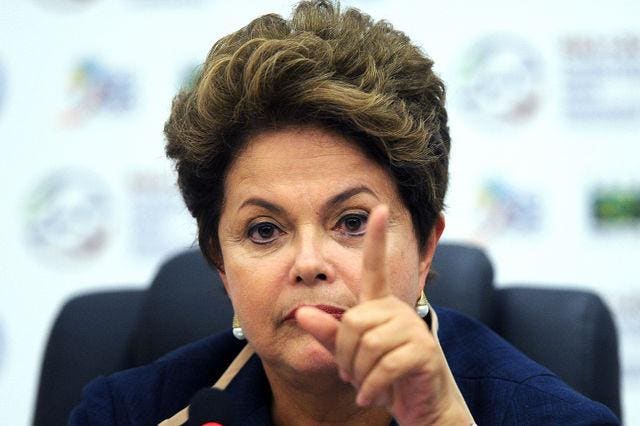 The re-election of Brazilian president Dilma Rousseff did not wipe out local asset prices as many predicted. And even though many investment firms see the Bovespa index eventually bottoming out at 46,000 points before rallying again, the story on the long-term is still out.  For now, a short honeymoon period with the new Dilma is more likely, as the market hopes for the best and picks at stocks that took a valuation hit pre-election.

In the months ahead, however, both fixed income and equity investors have cause for concern.

Fundamentals in Brazil are deteriorating. Top down investors, those who consider a country’s macro-economic outlook before going hunting for securities, see Brazil’s deficit is almost 4% of GDP. Investors have been willing to tolerate this erosion of the government’s finances thanks to $375 billion in foreign currency reserves. Brazil has the means to service its government debts.

Another reason investors are willing to look beyond the fundamentals is because of the carry trade, which is where investors from low yielding nations use local debt to buy bonds in high yielding nations. Japan is known for this. And Brazil is one of its favorite markets. Brazil is the highest investment grade yield, with stable politics and high, though dwindling, reserves.

“Many investors judge that they would rather be involved with a 12% local yield than worry about some future crisis outside their investment horizon,” says Tony Volpon, head of emerging markets Americas for Nomura Securities in New York. “When a crisis comes, and many believe one will at some point in the future, each investor believes he will be quick enough to be one of the first out of the exit door, finding the ‘greater fool’ to buy his position.”

If such a scenario were to unfold, bond investors would see the value of their bonds erode as demand dries up. Investors holding a nice 12% yielding bond would essentially watch all those interest payments disappear if they tried selling into a dying bond market.

For now, the good news is that there is no crisis in Brazil.

Rating agencies continue to talk about the strength of Brazil’s balance sheet, stable government, diverse economy and policy commitments. In recent statements, Moody’s pushed back its decision to act on the country’s current negative outlook until 2016. Standard & Poor’s reiterated that it does not see Brazil moving to speculative grade any time soon.

Like a consumer credit score, the better the rating, the cheaper the costs of credit.

“We see no risk of near term default, but public sector debt levels have risen significantly in recent years and fiscal policy has become less transparent and less flexible,” notes Katherine Renfrew, Manager of the newly launched TIAA-CREF Emerging Markets Debt Fund (TEDNX, TEDLX). “The government needs to reduce inflation, which at 6.75% year-over-year is above the inflation targeting range for some time and has reduced the credibility of the central bank,” she says.

Brazil’s inflation has been a major cause of concern for domestic companies. On balance, Brazilian corporations have drastically reduced investment on account of rising inflation — a historic fear in Brazil. When inflation is volatile, and corporate financial planners are uncertain in which direction the Central Bank will move on interest rates, companies of all sizes invest less rather than put profit margins at risk.

Political and fiscal risks remain part of the Brazilian variable. On the political front, the market hopes Dilma can alleviate some of her credibility issues by appointing a business friendly, well-known Finance Minister to replace Guido Mantega.

Skepticism is likely to keep Brazil volatile, despite the 8.86% rise in the iShares MSCI Brazil (EWZ) exchange traded fund since Dilma beat market favorite Aécio Neves on Sunday. Even the Brazilian real managed to gain against the U.S. dollar by 3%.

In the meantime, Brazilian assets are mostly going in one direction: up.

“We would not recommend an outright exit from Brazil, particularly at attractive valuations,” says Renfrew in a market comment she wrote on Tuesday. “There will be more volatility, which makes trading ranges important. Investors need to remain vigilant. Government policies will likely guide markets going forward,” she says.

–Brazil’s financial pundits and local headline writers blamed Dilma for the fall in the Bovespa index in the days before the second round of presidential elections held Oct. 26. Who’s to praise for the sudden turnaround?