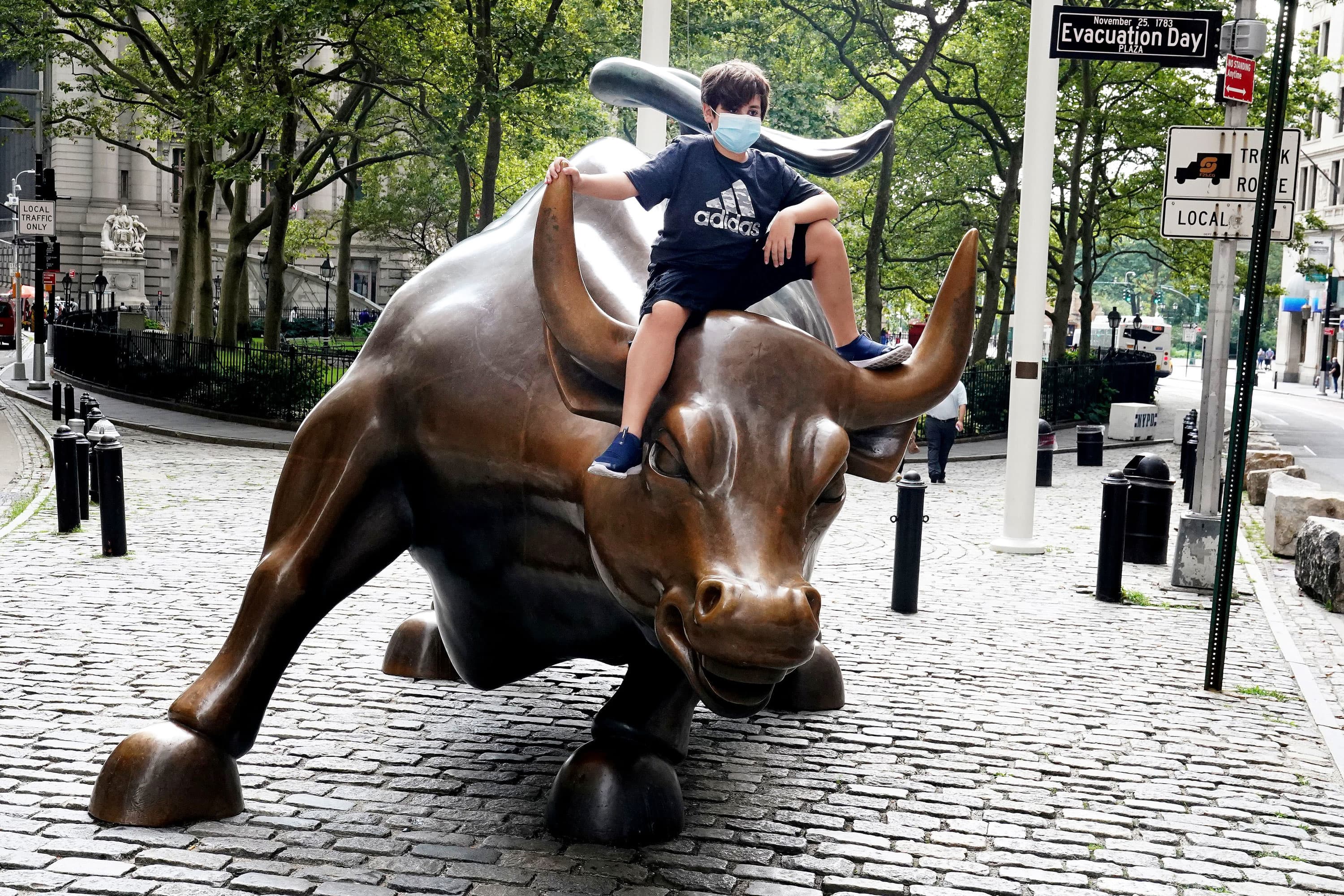 But then again, it was a great July.  And a great June. May was pretty good, too, and April was downright eye-popping.

“August is going to come out looking like capital markets are endorsing a US cyclical recovery,” Nicholas Colas from DataTrek told clients in a recent note.

Colas freely admits that August’s outside return has a big asterisk: Apple‘s 18% run-up.

“This meaningfully skews everything from Tech sector returns to Growth/Value performance spreads and even the S&P 500’s August return,” he said, noting that without Apple, the S&P would only be up 4.1% on the month, not 6.8%.

Still, it sure looks like the market is endorsing an economic rebound. The small-cap Russell 2000 is also up about 6% for the month.  High-yield corporate funds are outperforming all other bond market classes. If the trading community was worried about an imminent economic downturn, neither of those two sectors would be leading.

The market has held up on a combination of optimism on a treatment/vaccine, along with massive Fed stimulus.

There’s still optimism on the vaccine front, but now that the Fed has announced its program to keep rates lower for longer and tolerate higher inflation levels ahead of its much-anticipated September 16th meeting, many are arguing the rally based on a Fed “put” (a floor below the market) has gone about as far as it can go.

But even Young admits that may only suffice to pause, but not derail the rally. He also argues the market needs a pause in the relentless digital/work from home story: “It is not healthy to have the index dominated by a few technology stocks,” he said.

None of this means the market will drop, and there are still plenty of bulls who insist the market is going higher.

Jim Paulsen at Leuthold is one of them: he has been bullish and remains bullish, though he freely admits the market could see a 10% correction.

He also freely admits that tech stocks are extended, but insists the fundamentals for tech are rock solid and nothing like 2000.  Extended, he insists, does not mean they are waiting for a crash.

And he strongly disagrees with the popular notion that Wall Street has become disconnected from Main Street.

“It’s not just about the Fed put. People think there is no legitimacy to the rally, and they’re wrong.  Look at retail sales, or the ISM, or housing, or auto sales. Look at the improvement in unemployment claims. They’re all bouncing,” he said.

As for the narrow rally centered on tech, Paulsen believes the broader market is about to play catch-up.

Profits 25% higher than consensus for 2021? That would go a long way toward justifying the rally.

“We’ve had a 12% reduction in GDP, an all-time record,” he told me.  “But we may have an 18% improvement in GDP in the next 12 months, and that also would be an all-time high. That is going to bring in the broader market along with it.  You are going to have a major league shift in profitability into those cyclical names. When you thrust all those companies into a depression, and then you force them to get the most efficient they have ever been in their existence, and after all that, you give them a wartime boom?  Profitability is going to be maximized.”

Subscribe to CNBC PRO for exclusive insights and analysis, and live business day programming from around the world.