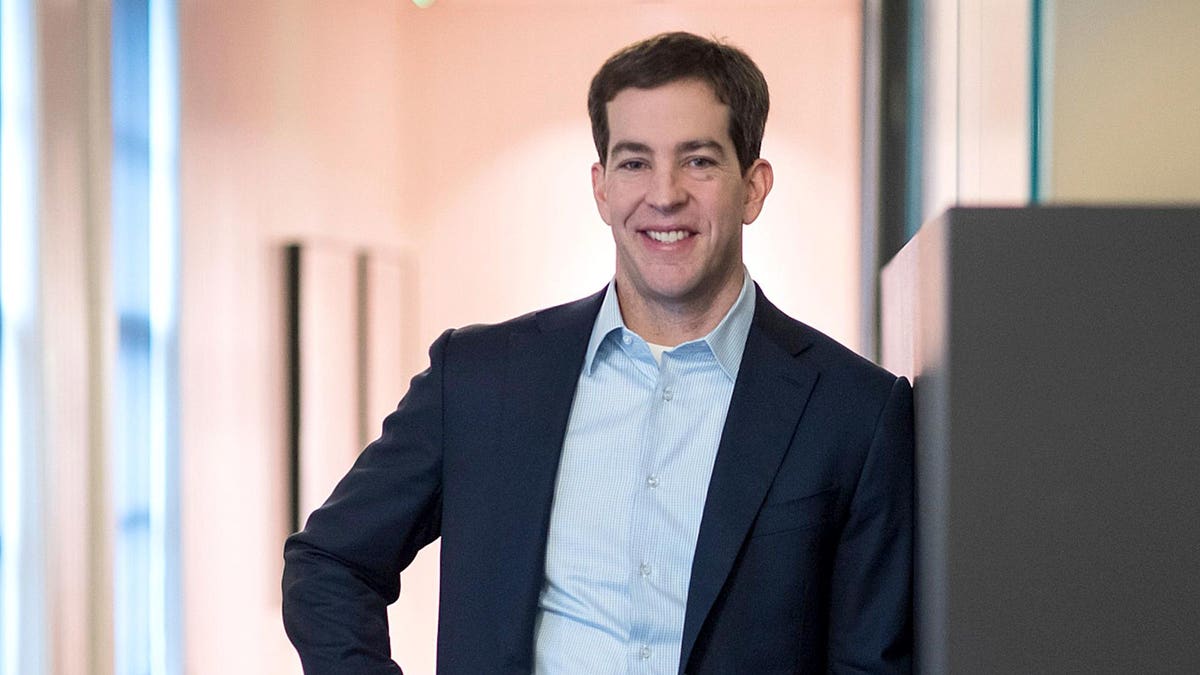 Through fast timing and big bets, Todd McKinnon grew his cloud security company, Okta, into a $27 billion business. Now the largest opportunity of his career has landed in his lap: a worldwide pandemic.

Todd McKinnon sits in front of his green screen, with a boyish face but weary eyes, talking about his guilt. Over 10% of the country is unemployed, 178,000 Americans are dead from the pandemic, and California is on literal fire, yet McKinnon’s cloud security company, Okta, is on a tear, and he is now officially a billionaire. “The world has all these problems, but I sit in front of my computer all day,” says McKinnon, 48. “I feel guilty about that.”

Talk about guilt: Okta is not just succeeding amid the pandemic. Its success is fueled by the pandemic. The company’s services—which help organizations verify the identities of employees and users by sending a custom code to their cell phones, among other security measures—have instantly become critical for companies, universities and governments that need to work remotely. Okta has signed up 1,000 new customers since March, bringing its total count to 8,950, and many existing clients have expanded their usage.

In May FedEx converted over 85,000 employees to Okta in 36 hours. Western Union is using the platform to verify transactions in the absence of face-to-face contact, MGM is using it for contactless check-ins, plus there are new partnerships with the Australian Red Cross, LVMH, Equifax, and dozens more. “It’s like a tsunami that’s coming,” says McKinnon.

Okta generated $200 million in revenue last quarter, up 43% from the year prior. Its stock is up 70% in the last six months, and up over 1,200% since it went public in 2017. Suddenly, the wonky business McKinnon cofounded in 2009 is worth $27 billion, and McKinnon, who owns 4%, is worth an estimated $1.7 billion. “This horrible thing has been so messed up, but the company is benefiting from it,” he says.

As he navigates his conscience, McKinnon will also have to navigate the fragmented cloud security landscape—Microsoft, Ping, IBM, Oracle—and answer questions about whether Okta merits its sky-high market value. “We believe the valuation may have gotten frothy,” attests Mark Cash, an equity research analyst at Morningstar who is bullish on Okta in the long-run.

To McKinnon, Okta’s selling point is simple. Unlike its larger competitors, who often package their security tools with their own cloud software, Okta can work with any platform, from Office 365 to G Suite. “We check who you are, we log you in, and then we store user information about you,” he says. That’s it.

Born in Fremont, California, just outside of San Jose, McKinnon grew up with a “charmed life.” His father worked as a human resources executive, while his mother stayed home. Early on McKinnon developed an affinity for computers. His parents didn’t own one, but a friend whose dad worked as a data scientist did. The arrangement brought additional benefits. “I would go over to his house, and I was a good writer. So I would basically dictate our [school] papers,” says McKinnon. “What he brought to the deal was he had a PC and he could type.”

Though he dreamed of becoming an outfielder for the Oakland Athletics, McKinnon eventually acknowledged that “the talent was lacking,” and enrolled at Brigham Young University in 1989 to study business instead. From there he earned his master’s in computer science from California Polytechnic State University in 1995, just as the dot-com era was heating up.

McKinnon spent close to a decade as a developer at the software firm PeopleSoft, then hopped to Salesforce, where he eventually led engineering. In 2009 he observed the unfolding of cloud computing and decided to launch his own business. First came convincing his wife. In a now famous story, McKinnon created a Powerpoint presentation to persuade her that the opportunity justified the risk. The best case scenario, he predicted: a $100 million IPO. She signed off on the plan.

McKinnon named the company with the panache you’d expect from a coder: SaaSure. A fellow Salesforce alum, Frederic Kerrest, joined him soon after, and they tinkered on their initial concept: software that would help companies measure the reliability of their cloud-based applications. “Like constant EKG of all these key metrics for your servers,” says Kerrest.

Pullquote here would be nice. If you don’t have one, delete this element

But it turned out that no one cared enough about cloud reliability. “[Customers] would say, ‘Yeah, well, that’s an interesting problem. But that’s problem number four,’” Kerrest recalls. The real issue: companies couldn’t securely manage their users. “That’s kind of how we got going.”

Cue a new name, Okta, a term that pilots use to measure cloud coverage. Helped along by a $10 million Series A funding round led by Andreessen Horowitz, which had also invested in their seed round, the pair got back to work.

Even with their better idea, execution still lagged. The largest companies, which had a far greater need for Okta’s security tools, like two-factor authentication, had never heard of the company, and wouldn’t meet with the founders. “Our product wasn’t even good enough,” says Kerrest; the software was too buggy and slow for large-scale implementation. In 2011, “we missed our numbers by a mile,” Kerrest says. They pulled in less than $1 million in revenue.

Somehow, Khosla Ventures and Greylock saw enough potential in the business to participate in a $16.5 million Series B in the summer of 2011. From there came gradual traction. As the software became more reliable, mid-market companies started to sign on with Okta, and eventually, larger firms came around too. McKinnon and Kerrest met their sales goal for the first time in the fourth quarter of 2011, bringing in just over $600,000. Annual revenue jumped to $41 million by 2015.

Okta went public in 2017 and immediately attracted investor interest, in part because its technology is easy to understand. “There’s a lot of technicality in cybersecurity,” says Joshua Tilton, an analyst at Berenberg Capital Markets. “[Okta] is very easy to grasp. It’s one set of credentials that gives me access to all my applications when I’m at work.”

Then came COVID-19. Due to mandated work-from-home policies, Wall Street analysts started to use secure sign-in products like Okta. “Overnight, they’re touching the drivers of the security market of the future,” says Tilton. “[Okta] had been a loved stock before COVID, and it’s been an even more loved stock ever since.”

Even McKinnon admits to being smitten, despite his self-proclaimed guilt. “When I look at stock performance, or my own net worth, I think that it’s satisfying to see the company be successful,” he says. “I started this company, and I really stuck with it. I’m putting my money where my mouth is.”