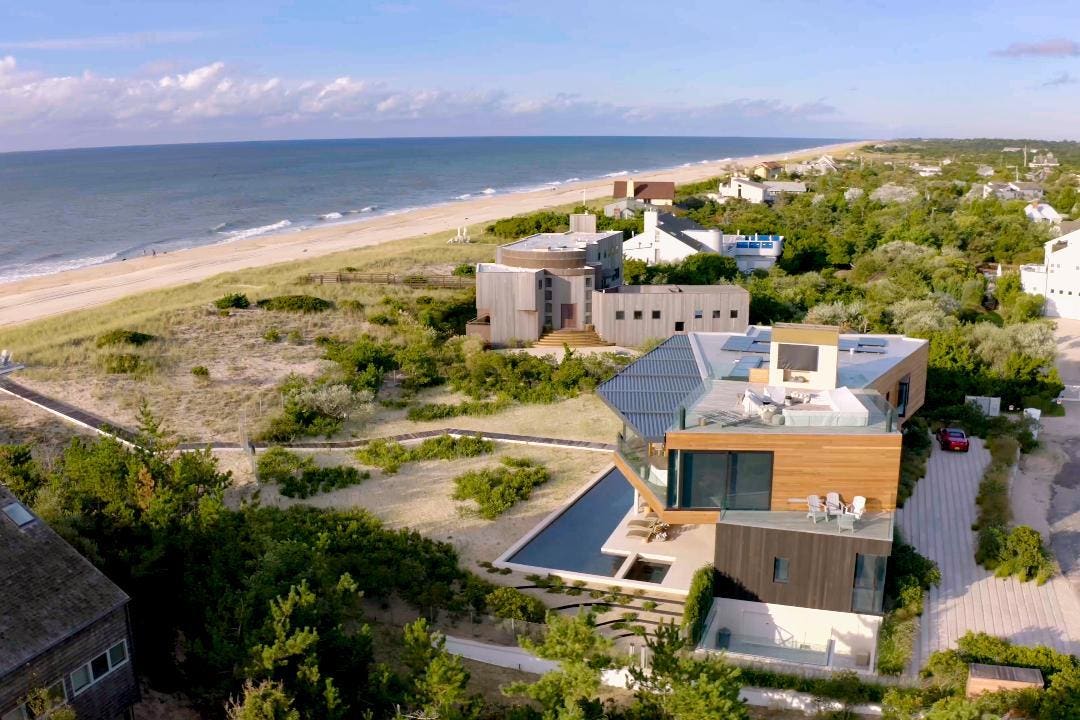 Million Dollar Beach House the latest Netflix
offering in the world of reality real estate shows debuts today. From Beverly Hills to the Hamptons glimpses into the multi-million-dollar homes and the people who sell them have become hot properties.

Bravo’s Million Dollar Listing Los Angeles boosted the careers of Los Angeles brokers James Harris and David Parnes, principals at The Agency in Beverly Hills.  When I spoke with Parnes last year, he confided that the show “most definitely raised our profile in the Los Angeles real estate community and beyond. This has most certainly helped grow our business,” Parnes said. Netflix’s three-season binge-worthy Selling Sunset has garnered major ink this season thanks to the trauma-drama happening in real-time among the cast.

Million-Dollar Beach house, six unscripted episodes check the boxes for reality real estate TV. According to Netflix hype, “The competition is fierce—and the drama is undeniable—as a group of young and hungry agents try to seal the deal on luxury listings in the Hamptons.” Cameras follow five brokers/agents from New York-based Nest Seekers International a well-known luxury brokerage firm. “The cameras and crew really are like flies on the wall once you get used to them,” confides cast member Noel Roberts.

According to Shapiro, Million Dollar Beach House was three years in the making. “No one had showcased the Hamptons and we have been active there for 15 years.” Shapiro an executive producer on the show worked with DIGA Studios developing Million Dollar Beach House. “Netflix picked it up a year and a half ago. It is the true depiction of five brokers and two designers office living and breathing the Hamptons experience. This is truly what happens and it’s not just about people selling real estate in The Hamptons,” Shapiro said.

“This business in this place is not just glamorous. It’s very challenging and viewers will see that” Shapiro explains. “The show will help us as we continue to expand our global brand through this project,” he adds. Four men and one woman are cast members.

Peggy Zabakolas a broker and an attorney has ten years in the business. She made appearances on Bravo’s Million Dollar Listing New York. Working out of Nest Seekers New York office, Zabakolas continually referred clients to brokers in the Hamptons. She eventually moved there commuting to New York when necessary. “Eddie approached me about being on the show. My prime motivator in saying yes is the show is an amazing platform to build my brand.” Zabakolas explains that filming is “both fun and stressful. While you are filming you still must schedule in your work and clients. There are different personalities on the show, and you have to learn that also.”

Noel Roberts moved to the Hamptons in 2016 and got his real estate license. He works with spec developers finding deals, securing the financing, and then listing these multi-million-dollar properties. Robert’s key motivator to do the show, “it gave me a chance to show my financial expertise and increase my exposure.” Roberts got tips on facing the cameras from his twin brother, an actor.  “He told me to remember I’m just a nice guy who loves real estate.”

What better way to end this endless summer than to binge-watch the beautiful homes and people on Million Dollar Beach House.