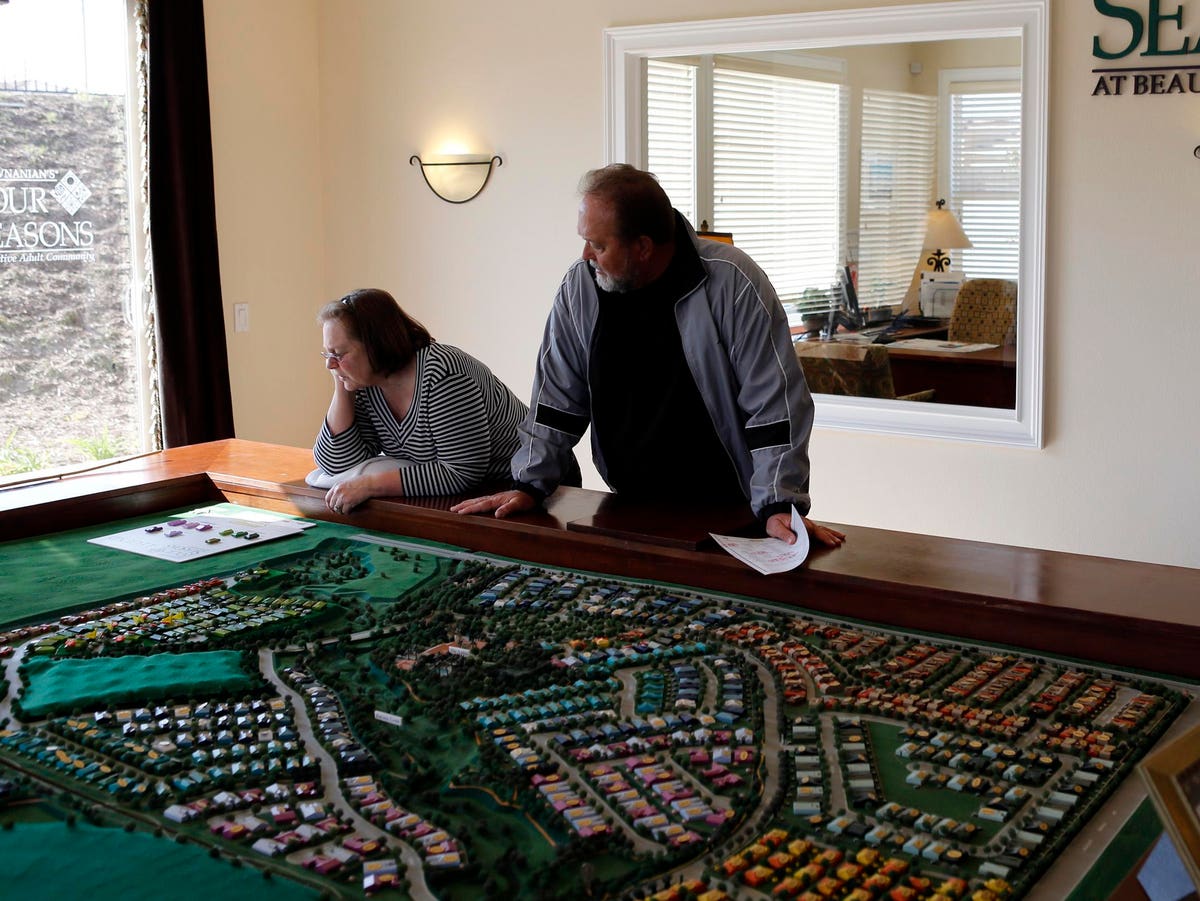 Florida has had some well-publicized challenges lately, but homebuilders statewide are seeing a continued rebound of demand from buyers that surprises even them. Building company executives and owners I’ve spoken with have used words like “wild” and “amazing” to describe home sales activity in May, June, and July.

Yes, it looks a lot like a “V”-shaped recovery for many homebuilding businesses nationwide, and the strongest rebound of all has occurred in Florida. Things were rough for builders in March and in early April, but new home sales have been increasing week-by-week since the middle of April. Homebuilders and developers are feeling more confident about their outlook for the rest of the year, and that is reflected by the fact that homebuilder stock values have doubled since March.

New data from real estate advisory firm RCLCO reveal that many Florida new-home master-planned communities (MPCs) did better in the first half of 2020 than during the same period of 2019, despite huge Covid-caused economic dislocations. Some communities are up 40% or more, which is a remarkable testament to the resilience of housing and the now-accelerated move of Millennials toward the suburbs.

The Top Three MPCs In The Country Are In Florida

The top-selling master-planned community in the country is The Villages, the legendary active adult community in Central Florida that evolved over decades into its

own city. It used to sell and build more than 5,000 homes a year, but now is down to a “mere” 2,000 or so per year, not for any reduction in demand, but simply because it is running out of land.

The #2 new-home community in the country is Lakewood Ranch, making it the #1 best-selling multi-generational community in the nation. The community sold 838 homes in the first half of 2020. The developer of this western-Florida MPC said that a “flight to quality” has supported sales paces there. Lakewood Ranch has been among the top-selling master-planned communities in the country for nine consecutive years.

The third-fastest selling community in the nation is Wellen Park, formerly called West Villages. Builders within this community, in the Sarasota area, sold 683 homes during the first half, up a hair from the same period a year earlier. Several major homebuilding companies are active there, selling to a wide range of buyer types.

The Tradition master planned community, in Port St. Lucie, just north of Palm Beach County, has seen an incredible 62% increase in sales compared with the first half of 2019, as a broad combination of families, empty nesters, and retirees have increasingly purchased there. Mattamy Homes, one of the builders in this multi-builder community, has 7,500 homesites left to build. “It’s about the value. You can get a lot more for your money here, and more space, than you can in Palm Beach County,” said Dan Grosswald, the Division President of the Southeast Florida Division at Mattamy.

Directly adjacent to Tradition, GL Homes is developing and building homes in a new age-restricted (55+) 11,000-lot master-planned community called Riverland. At their Valencia Cay and Valencia Grove neighborhoods within Riverland, GL has sold nearly 700 homes in their first twelve months (including a brief interruption when Covid first hit), boosting the total new-home volume in St. Lucie County dramatically. This is

unprecedented volume for nearly any market, and that is particularly true for this market. “GL Homes is developing a lifestyle program for our residents that is out of the movies,” said Ryan Courson, who runs that development for GL. My firm’s market studies confirm that this east-central region of the state, dubbed the Treasure Coast, is destined for rapid growth in the next ten years, and well beyond.

Just north of there, along Florida’s Space Coast, is Viera, a 30-year old master-planned community that saw a 41% increase, hitting 357 sales during the first six months of the year. Viera has 12,000 occupied homes already, and it’s only halfway built out. Viera is no bedroom community; it is a diverse economic node for the region with more than 700 businesses that employ more than 10,000 people.

Over on the west coast of Florida is the massive new community called Babcock Ranch, in Punta Gorda, with 230 sales during the first six months of the year. At this relatively young MPC, with its emphasis on energy and water conservation, and solar arrays expected to generate more electricity than the community consumes, sales momentum is expected to increase greatly in the years to come.

When forbearance programs and foreclosure moratoria come to an end, we might see a surge of foreclosure activity. More than 8% of mortgage loans are currently in forbearance nationwide, according to the Mortgage Bankers Association, which hints at the extent to which there is economic distress that has not yet been reflected in mortgage delinquencies. That said, a survey by LendingTree
revealed that 70% of the people who applied for forbearance actually had the money to pay their mortgage, and didn’t ‘need’ it in the strict sense of the word. Be that as it may, there are certainly some homeowners who are avoiding delinquency by deferring payments to a later date under these forbearance programs.

The homebuilding companies are likely to be insulated from some of this risk, because the people who buy new-construction homes tend to have more financial resources, stronger incomes, and more savings, than average home buyers. The financial cushion that they have makes them more confident to buy. Florida also has a political tendency, though it varies by county, to stay open rather than shutting down its economy during surges of the pandemic, which does keep more workers working and earning an income. As long as the virus settles down soon, this should keep the underpinnings of Florida’s economy, and of housing demand, relatively strong. Another aspect: homes that are situated inside master-planned communities tend to hold their values better during tough times than those that are in standalone subdivisions, according to RCLCO’s analysis of past economic cycles.

Builders are saying that a lot of buyers are pulling the trigger now because they are more than ever thinking about a home as a refuge. And to the extent that new homes start to offer enticing healthy-home features that were not common in pre-Covid homes, there could be even more demand for those newly-built homes. Plus, demand is growing for slightly larger homes, reflecting an increased desire for a dedicated room for a home office.

A lot of demand is coming from people who are moving out of apartments, partly due to the huge surge of millennial household formations, now amplified by the desire to be able to socially-distance.

Going into this crisis, there was an undersupply of housing in Florida and a low level of new home construction relative to the pace of household formations and replacement demand, and these conditions will continue to support new home sales in the years to come. This is the key distinction between this downturn and the last one, which was driven by an oversupply of housing.

Based upon all the site-specific market studies we are doing for builders, the fundamental secular drivers of housing demand are still in place. Millennials are continuing to have children, and that will fuel increased demand in the suburbs. This demand will be served by homes built for sale, as well as single-family homes built for rent; either way, I’m watching for more gains in suburban home construction in the years to come.