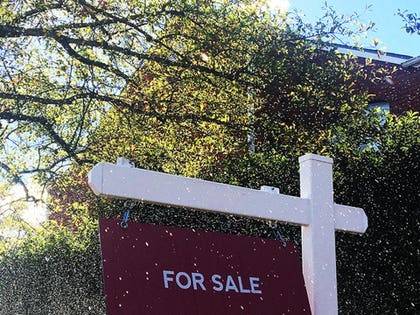 Houston Association of Realtor’s (HAR) annual report, released today, cited single family home sales of 86,205, a 4.8 percent increase over the 82,229 in 2018, itself a record-setting year. Total dollar volume rose 6.7 percent, reaching a benchmark of $30 billion for all property types, which exceeded 100,000 residential sales for the first time ever.

December 2019 also ended strong, with a 14.7 percent bump year-over-year to 7,505 properties. The jump was the largest one-month percentage increase of the year. Total dollar volume soared 18 percent to $2.7 billion.

Behind the run up? HAR and Houston realty sources pointed to low mortgage interest rates, a healthy job market in the region and a stable supply of homes. Going forward, however, lower inventory could narrow options.

And it’s an election year, which can affect the market regardless of who is running, observed Marilyn Thompson, president of Martha Turner Sotheby’s International Realty.

An Inkling — and a Big Finish

“During the latter half of 2019, we had a sense that we were headed toward a record year for Houston real estate, but no one expected it to be this strong a finish,” said HAR Chairman John Nugent with RE/MAX Space Center.

“Townhomes and condominiums had a roller coaster ride and the luxury market cooled a bit, but overall, 2019 was a phenomenal year,” he said. “As long as the Houston economy remains healthy and we see some growth in housing inventory, we expect 2020 to get off to a positive start.”

This segment did well because it supports newcomers moving to greater Houston to work, with many buyers opting for the suburbs to get more house for the money, Thompson said. Low mortgage rates, meanwhile, played a part in the number of sales by increasing the pool of buyers. “I think there was a big increase in first-time home buyers,” she said of 2019 housing trends.

High-end properties sold well — if they were priced correctly, Thompson noted. Buyers are astute and aware of comparable sales, she said. They won’t bite if the price is unrealistic. Another factor in the market was new construction, particularly in Houston’s core neighborhoods, which affected sales volume in this housing segment, she said. “There’s a big difference between a home built in 2019 and a home built in 1950 or even earlier.”

The drop in available properties at many price points indicates that the city is growing, said Nancy Almodovar, president and CEO of Nan & Co./Christie’s International Real Estate. “Houston has always had the most affordable real estate compared to other large cities,” she said. “Our prices are just increasing and it’s becoming more and more difficult to find a home in that price range — even in the suburbs.”

As a company with a client base that is solidly millennial — about 67 percent — Almodovar is optimistic about Houston’s housing market in 2020.

And so, apparently, are larger real estate ventures, which have partnered with or purchased Houston agencies. The most recent example is New York real estate brokerage Daniel Elliman’s purchase in December 2019 of Houston’s venerable firm of John Daugherty Realtors.

Inventory of single-family homes has narrowed to a 3.4-month supply and days on market — the time for an average home to sell — pared a day to 63.

Townhome and condominium sales had a year of flux, HAR figures showed, but also ended the year strong, up 14 percent, with the average price rising 10 percent to $227,239. Leasing fell 5.5 percent, with average rent up 2.7 percent to $1,569.