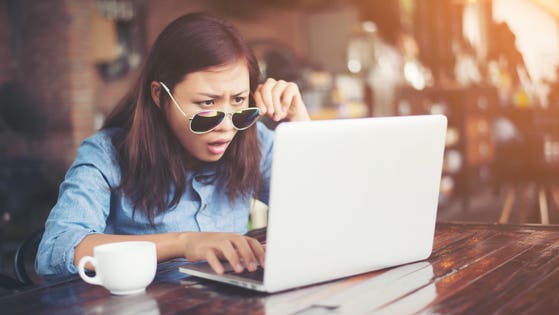 Does the typical appraisal protect you from overpaying for a house? If it doesn’t, what would that mean for house prices in general?

Did knowing the agreed-upon sales prices in the written sales contracts affect how the appraisers appraised the values of the houses? Yes. It did. A lot.

On average, the second appraisals were 4% higher than the first appraisals.

Here’s part of the problem. Houses have a fair market value price range, not a fair market value price down to the dollar. House appraisals, however, have to be down to a single dollar amount. If a lender’s appraisal comes in lower than the contract price, by even $1, it causes a ton of extra work for the mortgage company (that hired the appraiser) and can be a huge problem for the buyer and seller.

Lender’s appraisals are usually done late in the sales process which makes the disruption caused by appraisals below the agreed-upon sales prices far worse. Sellers may have already moved out. Buyers may have already sold their houses or canceled their current leases. Because of that, appraisers rarely come in with appraised values that are just below the agreed-upon prices in the contracts.

Now let’s talk about what this bias toward high appraisals — and high house sale prices — does in the long run to house prices, household debt, wealth inequality, income growth, and economic growth.

The paper makes an extremely convincing argument that appraisal confirmation bias exists but it doesn’t go the next obvious step. It doesn’t discuss the macroeconomic impact of having an upward bias on the general level of house prices.

Let’s say an appraisal comes in 4% too high as would seem common from the study. That 4%-too-high, appraisal-approved house sale price might then become a comp (comparable property) for the next appraiser to use when appraising the value of another house. Then that house might become a comp for a third, and so on. If each of these sales is a little too high due to appraisal bias, house prices would naturally tend to slowly ratchet up. It’s hard-coded into the system.

It’s a bug in the modern house buying and selling system that continually pushes house prices higher than they would otherwise be (although, others might see it as a feature).

In the olden days, the U.S. mortgage system was dominated by a zillion small, local savings and loans. Those S&Ls made the mortgages, held them on their own books, collected the mortgage payments and dealt with late payments and foreclosures, all themselves. They might use their own in-house appraiser. Since they usually kept the mortgages they made, they really didn’t want overpriced mortgages on their books during any future real estate downturn. The S&Ls took all the downside risk.

In the 1990s the U.S. mortgage system for single-family houses became dominated by Fannie Mae and Freddie Mac. In time, the two government-sponsored companies became so large that if they were one company, they would have been the largest bank on the planet.

Fannie and Freddie set the rules for the mortgages they would buy (and then resell), including the appraisal rules. This appraisal system prevented them from buying mortgages on houses that were way overpriced even if it didn’t prevent them from making mortgages on houses that were a few percentage points overpriced. Apparently, they were okay buying mortgages on overpriced houses as long as they weren’t too overpriced. Perhaps the logic was, ‘Why kill the sale of a mortgage on a house that was a little overpriced when house prices are increasing so fast? It’s safe enough.’ Well, as long as house prices were increasing they were safe enough.

Later on, we learned that Fannie and Freddie’s lending standards weren’t safe enough in a lot of different ways. They’ve now been in conservatorship for over a decade.

What if there were a way to prevent this self-reinforcing creep in house prices caused by the modern mortgage system? What would happen?

If house prices didn’t increase so fast it would eventually be bad for the financial sector, they would make less money from mortgage interest. (For many years, more than half of each monthly mortgage payment goes just to pay interest for that month.)

But what about families? If households had smaller mortgage payments than otherwise, what would they do with that money? They’d spend most of it.

And what they didn’t spend from those smaller mortgage payments would be saved, further increasing household financial stability.

That’s the hypothesis. Appraisal creep exists, it makes houses more expensive than they should be and that’s a drag on the economy.

Now we just need to figure out how to stop appraisal creep and all the other parts of the modern mortgage system that somehow evolved into unnecessarily increasing house prices and household financial instability over the long term.

The Fannie Mae paper above suggests as a possibility, among other things, not giving appraisers any information about the sales prices agreed upon in sales contracts. If that could be enforced, it would theoretically stop appraisal price creep.

Buyers don’t want to pay for two appraisals. That’s why buyers don’t often get their own appraisals done even though appraisals are most valuable to buyers early on in the process when they’re still negotiating price with the seller.

We could help stabilize house price increases and maximize household wealth creation over the long term in a lot of different ways, including these two ways.