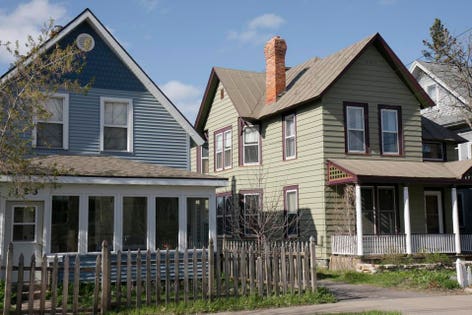 We have become disenchanted with “do-it-yourself” and discount brokerages, we don’t want fixer-uppers and we really don’t want very large houses that are in less than ultra prime condition.

These are some of the trends Leonard Steinberg sees. A “Chief Evangelist” at Compass Real Estate, the New York-based agent was formerly the company’s president and now considers himself its biggest cheerleader. His sales approach $3 billion, with a team consistently ranked in the US ‘top ten’ by the Wall Street Journal. This is his list of the most important trends coming to us in 2020.

Sellers will expand on home improvements before selling

“They wish to know all costs upfront and mortgage everything at low rates,” Steinberg says. “The work you do after closing is not mortgageable — who has any cash left after closing for home improvements, when pricing is at a premium?”

It is not just about aesthetics, he says, but rather about allowing buyers to use the money they have borrowed most effectively.

“Today, everyone is competing for entry level homes,” Steinberg says. “They have been underbuilt as the industry has focused on the high end, where there is more profit. We need much more affordable housing.”

Millennials and first-time homebuyers are not the only ones looking for small, affordable homes. Downsizing baby boomers are in competition for them, as well, and they often have 100% equity in their homes, so they have a great deal more financial clout than their millennial competitors.

The first half of 2020 will be busy. The second half will be distracted by the presidential election.

In the spring, we will be optimistic and eager to start new things. But once the presidential election becomes the national obsession, we will not think of much else.

As climate change continues, recovery technology will be increasingly important.

Recovering from storms, floods, fires and other climate change-driven disasters will require technology to speed things up and minimize damage and disruption.         For example, after Hurricane Sandy, many buildings were retrofitted to locate their systems above ground. Increasingly, homeowners will find that investing in recovery technologies is less expensive that insuring increasingly vulnerable buildings.

Consumers will become more exposed to the harsh realities of ‘do-it-yourself’ and discount brokerage.

They will also become more aware of misleading claims and the self-serving intentions of those wishing to eliminate real estate agents.

“Sure, you might save a few bucks,” Steinberg says. “But as consumers dig a little deeper, they learn that there are hidden fees and that they have no guidance when they are making big decisions.”

Today’s successful real estate agents are knowledgeable and do far more than merely facilitate transactions, he says. “Most of the best agents already perform multiple roles outside of the traditional brokerage role, and these client relationships will deepen and grow.”