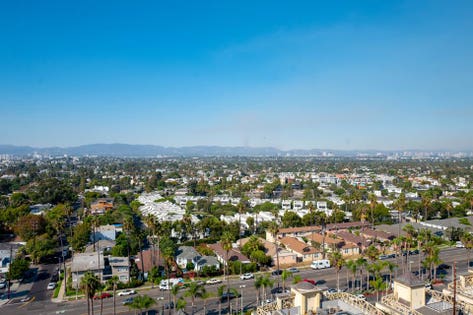 If expert predictions for the 2020 housing market come true, homeowners shouldn’t expect to enjoy the crazy price run-ups of a market boom, but they likely won’t face a devastating recession or crash, either. Outside of those two extremes, you’re going to see a lot of variance among markets and even within markets next year.

Remember that national trends are just averages of a bunch of different cities across the country. A “national” housing market doesn’t really exist — though when the Great Recession clobbered 49 of the nation’s 50 the largest metros, and much of the country went through the sharp recovery that followed in relative synchrony, it sure did feel like everyone was in the same boat.

That’s no longer the case.

Next year, if you don’t narrow your focus from the big picture, there’s a good chance you’ll miss the real story. Without the crisis or recovery uniting housing with a common theme, factors like geography, affordability, jobs, and migration patterns stand to widen the gap among housing markets in 2020 and beyond.

“Our data shows that the divergence between different markets in the country is greater now than it has been at any time since the crisis,” said Jeff Tucker, an analyst for Zillow’s Economic Research team. “For several years — from, say, 2015 to the beginning of 2018 —  it was essentially a seller’s market almost across the board. Whereas now, it’s still a seller’s market in Phoenix, but certainly not in Chicago, for instance.”

“I think that in 2020, we will see a lot more nuance, or if you want to call it differentiation, between the various markets, especially since we’ve had roughly eight years, you know, a decade really — of a rising tide lifting all boats,” echoes George Ratiu, Senior Economist for realtor.com.

So next year if you’re looking for where things are going to get interesting in housing, keep an eye on what’s happening at a local level.

Hot, cold and everything between: 5 different housing markets that’ll shape 2020

Every real estate market is different, and it’d be impossible to capture the essence of each one without a writing several textbooks. However, you can expect to see some commonalities among markets that share characteristics, whether it be warm weather, high taxes, or major affordability challenges.

Without attempting to do every single city justice, let’s dig into several market groupings that’ll define local housing next year:

A broad move to affordability will shape the 2020 housing market as people flock to cities that offer quality of life, shorter commutes and, just as importantly, affordable housing.

This will result in a decline in sales — and in some cases a decline in prices — in expensive cities across West Coast like San Francisco, San Jose, Seattle, Riverside, Los Angeles, and Sacramento, and similarly high cost markets on the East Coast, such as New York and Philadelphia.

“I think we’re going to see the coastal expensive markets lose residents in a more pronounced fashion,” Ratiu said. “In the past five to six years, prices have gone up over 50%, whereas incomes by comparison have only gone up about 20%-25%. So not surprisingly, a lot of people have been priced out of the urban markets.”

Indeed, many of these cities hit a price ceiling last year. In March 2018, San Francisco posted a 16.2% year-over-year price increase, according to data from CoreLogic. After that, value gains gradually began to shrink each month. The latest data from Case-Shiller shows that San Francisco was the only city of its 20-City Composite to post a price decline (-0.7%) in September 2019.

Meanwhile a ValuePenguin analysis of population movement (based on U.S. Census data) showed that the nation’s largest cities are experiencing the biggest outflow of residents. People leaving San Francisco, Los Angeles, San Jose, and New York are headed for areas where homes on average are anywhere from 36%-44% cheaper than where they came from, the analysis found. Can you blame them?

People are discovering that you don’t have to live in the country’s largest and most expensive cities to find a great job.

According to the Urban Land Institute’s 2020 Emerging Trends in Real Estate Report, some of the top real estate markets to watch next year will be Austin, Texas; Raleigh/Durham, North Carolina; Nashville, Tennessee; and Charlotte, North Carolina, HousingWire reports.

These cities are attracting a ton of professional talent with jobs in various sectors whether it be technology, manufacturing, or education. The Raleigh/Durham area in particular benefits from a university trifecta of Duke University, the University of North Carolina, North Carolina State University.

At the same time market data shows median home prices in these locales remain manageable — though there are concerns about Austin in particular overheating.

“Lots of people in Austin certainly don’t think of it as affordable anymore,” Tucker said. “But compared to some of these peer cities like Seattle or San Francisco, it’s significantly more affordable and has a broad range of what you can get for your money.”

Tucker explains that in Austin, you can get newer, larger family-sized homes for pretty close to the median price point (which currently stands at $388,065). Whereas in Seattle or San Francisco, median prices for the area won’t get you far — you’re looking at very small homes or condos that are often rather old in the central city.

Here’s another reason why painting the housing market with a broad brush will prove difficult: some cities may look like they’re in sync (in terms of flattening price growth or a stuttering pace of sales) but they’ll struggle for different reasons.

Take Chicago, which Zillow predicts will be the slowest growing market next year, according to Tucker. Unlike some of the coastal cities, Chicago isn’t coming off a hot streak and going through a normal correction in response.

Rather, many Chicagoland sellers are putting their homes on the market to escape new and existing tax burdens, and places like Hartford, Connecticut; and Baltimore, Maryland fall into a similar camp, said Tucker. The cold weather also doesn’t do much to keep retiring boomers around, and all of these factors combined weaken that critical net demand pressure for housing.

What’s interesting is that, despite being a fairly distant neighbor, Nashville is one place that’s capturing some of these former Chicago residents. No coincidence that Tennessee is also working to phase out its state income tax.

Some cities thrive thanks to their amazing weather. Sunny days are good for housing because the vacation lifestyle attracts residents, particularly retirees. In fact Case-Shiller data shows that Phoenix and Tampa saw above-average 6.0% and 4.5% price increases, respectively, as recently as September 2019 — not exactly the national “price flattening” story we’re hearing about elsewhere.

But there’s more to these markets’ resilience than warm temperatures.

“These cities have actually undergone their own renaissance or reinvention during this past decade,” explains Ratiu. “It used to be that coastal markets offered a distinctly urban experience and urban feel — high rise buildings, high density public transit — whereas most of the cities across the Midwest or the South were distinctly marked by the suburbs.

“What are seeing in this last decade since the recession, is that these cities are transforming themselves into places that much more resemble the urban centers.”

Flashy big cities had their moment in the mid-2010s (move over, New York and Seattle, you’ll still be great rom-com backdrops), but 2020 will be the year of the underdog as far as housing goes.

A realtor.com forecast points to a few lower profile cities, including Boise, Idaho; Chattanooga, Tennessee; and McAllen, Texas as bucking the national trends of flattening price growth and declining sales. In fact, Boise is turning heads as the no. 1 hottest market headed into the decade, with realtor.com predicting price growth of 8.1% in the city next year.

Andrea Pettitt, a Boise Realtor with Group One Sotheby’s International Realty, says access to skiing, white-water rafting, and the 25-mile Greenbelt path for bikers, runners, and joggers attracts outdoorsy types. Employment-wise, lots of small businesses and a booming healthcare industry fuel the local jobs market. But Boise residents have split opinions on whether the explosive growth is good or bad.

“The people who are from Boise are frustrated because prices have gone up too much,” said Pettitt. “But people moving here from outside of the area are getting a good value, or a lot more than they could afford in other Western cities. So it’s a little bit of two worlds depending on if you’re coming here from outside or if you lived here your whole life.”

Chattanooga, meanwhile, is thriving on a diversified employment base (with jobs in healthcare, manufacturing, and education through the University of Tennessee). As for McAllen (population: 143,000), the town benefits from its location near a large military base and manufacturing facilities in the area tied to aerospace and defense.

Split down the middle

And now for a trend that you will see across virtually all markets next year, but will create market diversity within individual cities: lots of activity, demand, and fast price growth in the lower price points, and softer price growth (driven by weaker demand and the affordability ceiling) at the higher end.

But the tale of two markets will be more pronounced in certain metros. Tucker shared data indicating that the top five metros where home values in the bottom tier are rising faster than the top tier (year over year) are an interesting mix of fast-growing Southern and pricey urban cities:

These are the most extreme cases. From coast to coast, though, you’ll see this bifurcated market play out everywhere to some extent, even in the hottest markets.

Natalie Filbert, a Realtor with Idaho Mountain Realty who’s been serving Boise since 2006, says the area saw a 16.5% year-over-year price increase in 2018, while 2019 will post around 12% price growth, according to MLS data for Ada County (where Boise is located).

However, that price data encompasses houses across a vast price range — $150,000 to over $1 million properties — and Boise doesn’t have a really big market for homes over $1 million. So, prices at the higher end were actually flat last year, Filbert said, because there’s just not as many buyers.

Filbert says the homes purchased were around 1,500 square feet, three beds, two baths in Caldwell, Idaho, a city that’s part of the Boise metro area. Lower priced homes are still appreciating like crazy at a fast pace in some places, and aspiring owners shouldn’t wait any longer to jump into the market if possible.

We’ve barely scratched the surface on the differences you’ll see from market to market next year, but this gives you some idea of just how many variables play into the strengths and weaknesses of housing in any given city — and why those variables will be more visible next year than they were during the crisis and recovery.

If you think about it, in the United States you can travel 2,800 miles from coast to coast and still be in the same country. Along the way you’d encounters skyscrapers, rolling hills of empty land, mountains, rivers, sunshine, and snowfall.

There’d be people on their way to perform surgery, sell insurance, tend to their farm, or invent the latest app.

How nice that you don’t have to break out a passport between New York and California, but this melting pot of cultures, climates, and micro-economies from city to city? They all shape local real estate markets — and that’s going to define 2020 real estate more than any national metrics.