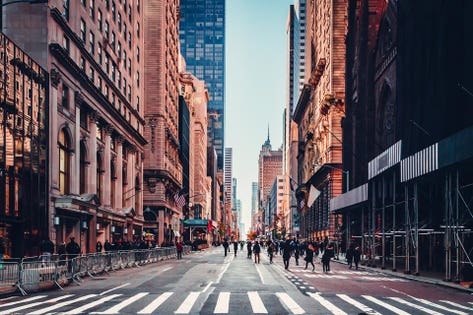 Whither the real estate market in 2020? In recent days I have read a number of rosy predictions from brokers living in a different reality from mine in Manhattan. They see continued market strength in their local environments, bolstered by low-interest rates and tight inventory, in cities like Boston or Washington DC. While the rapid price acceleration has quieted, these cities continue to experience relative price and demand stability. Nationwide, the overall news reads less well: most urban areas have seen home value growth decline to 2015 levels. New York City presents a completely different story.

Emerging from the 2008/2009 recession, New York City recovered rapidly. In general, our properties lost less value (33% nationwide verses about 25% in Manhattan), experienced fewer foreclosures, and gained pricing traction more rapidly than those in other parts of the country. The six years following 2009 saw prices for New York real estate accelerating rapidly, at or around 4% per annum, leading to a 2015 peak; values soared to numbers at or even above their 2008 pinnacles. Then, as the rest of the national market continued to grow, albeit at a more moderate pace, ours faltered.

Buyers became more cautious as 2015 moved into 2016, with more and more new condo inventory flooding the marketplace, the product of development plans initiated several years earlier when the market indicators seemed so strong. The foreign buyers on whom so many developers were counting, especially the Russians and the Chinese, slowed their purchasing (in fact, with the Russians, their commitment to our market literally fell off a cliff; they stopped buying altogether). As 2016 ended, the Presidential election sent a shudder through New York, a historically diverse and liberal city that had been home to the vicissitudes of the Trump phenomenon long before it became national. This made our buyer pool even more cautious as they waited to see what the presidency would bring.

The following year brought the loss of the SALT (state and local) tax deductions, which has had a disproportionately negative impact on high tax states like ours. In addition to the financial cost, the tax change added to the uncertainty New Yorkers were already feeling. For a town whose hometown industry is finance, our real estate in recent years has been surprisingly uncorrelated to the stock market. As stock prices rise, and interest rates stay low, the value of Manhattan real estate has continued to fall. Even Brooklyn, which has enjoyed enormous value growth since the recession, has shown signs of slipping backward in the past couple of years.

Today, my analysis of recent sales finds them equivalent in price to those consummated in 2012. I believe our market has reached a floor, and that prices will stabilize at or near this level. That said, it will take time for many sellers to adjust their expectations to acknowledge the fact that prices have actually reached this level.

Unlike stocks, real estate is highly illiquid. The process of selling real estate, especially in New York, tends to be arduous and time-consuming. Buying a home also represents an investment in the future. At 2016 prices, our buyers were not comfortable investing in a future which seemed, with political animosity and climate change and deteriorating infrastructure, none too stable. But we are still a beautiful, vibrant hub filled with excitement and promise, and a multi-ethnic population which represents America at its best. I have seen more than my share of peaks and valleys in the real estate marketplace over the arc of my 40 years in brokerage. The market never ebbs indefinitely. At 2012 prices, late 2019 and early 2020 offers intrepid buyers an opportunity which will not last forever.