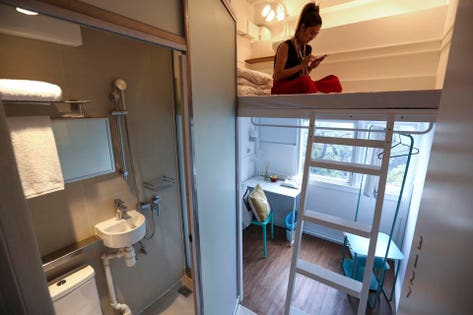 In the run-up to the 2008 Financial Crisis, and in assessing its aftermath, I posited that homeownership limited the mobility of human capital to the detriment of both the economic recovery and the financial wherewithal of homeowners with non-performing mortgages.

With housing values underwater in many markets, and deeply underwater in ‘the sand states’ (as author Michael Lewis referred to them in The Big Short: Inside the Doomsday Machine), such as Florida and Nevada, I argued that upside-down mortgages were keeping a substantial number of homeowners from seeking and securing jobs that, eventually, would allow them to overcome their immediate financial problems, including the precipitous unemployment caused by the crisis. In other words: Homeownership had become more of a burden than a benefit for a broad spectrum of workers, because it was keeping them from seeking employment or more-gainful employment in other geographic markets.

Fast-forward to the Fall of 2015, almost exactly seven years after the events culminating in the 2008 Financial Crisis, and my realization that the students in my Principles of Real Estate class at George Mason University’s School of Business were predominantly pre-teens in 2008 when the crisis reached global proportions.

Parents, being predisposed to hide family financial stresses from their children to the greatest extent possible, so as to save their young children from the parents’ traumas, would likely have greatly downplayed the full extent of the financial distress of suddenly finding their family home worth less, sometimes substantially less, in post-2008 Financial Crisis America than the balance of the mortgage they owed on it. For many, the American Dream of homeownership had become the American Nightmare of near-foreclosure or, at best, a substantial loss in household net worth.

Given what the members of Generation Z (aka ‘Gen Z,’ comprised of young adults born after 1995 through 2015) have lived through since the 2008 Financial Crisis and its accompanying residential Mortgage Meltdown, is it any wonder they are thus far eschewing homeownership, rapidly becoming locationally fluid: The Generation of No Fixed Address. Gen Z appears to be living out, in real time, my theory from more than ten years ago that homeownership limits the mobility of human capital. This matters in part because as of next year, Gen Z will represent 40% of all consumers and because their preferences in living accommodations will impact multifamily construction, urban regeneration, and community development over the next two decades, through 2040.

This propensity to not want to be tied down in a long-term relationship with a physical residence, much less fill it with possessions that later need to be moved, has manifested itself in myriad ways impacting commercial real estate development, particularly multifamily production. The homeownership rate among members of this demographic cohort, as well as the Millennials that preceded them, are well below that of earlier generations as they gravitate toward new concepts of ‘home.’

Favoring location (decidedly urban) over scale (single-family detached homes), demand from Gen Z and Millennials, respectively, for affordable city living has been driving the development of micro-units and co-living buildings as alternatives to rental mainstays such as highly amenitized but otherwise traditional apartment living, available primarily in the suburbs; month-to-month leases instead of twelve-month terms; even renting, rather than buying, their furnishings. 72% of Gen Z, those born between 1995 and 2015, would rather rent stuff than own it, the highest percentage among all demographic cohorts surveyed.

If you don’t own a vehicle, just driving to the nearest IKEA may be a daunting prospect. Consequently FaaS (Furniture as a Service) is now a thing. Just ask the founders of Fernish, a start-up pioneering FaaS.

‘Founded by Michael Barlow and Lucas Dickey in late 2017, Fernish targets young urban professionals looking to lease trendy, stylish furniture at a monthly affordable rate and keep it as long as they need it. The company also offers a rent-to-own option.

Since launching the company, the startup has attracted thousands of customers and has circulated millions of pieces of furniture, mostly in metro Los Angeles and metro Seattle, Barlow said.’

As Millennials finally get around to committing to those indicia of adulthood that have characterized the preceding generations—household formations; buying a first home; bearing the generation that will follow the one that came after them—Gen Z will become the predominant force driving the multifamily rental market. With FaaS becoming a value-add for marketing and leasing rental units, the impermanence of Gen Z will impact everything from unit sizes to rental terms: Couch renting may soon eclipse couch-surfing as a lifestyle choice.