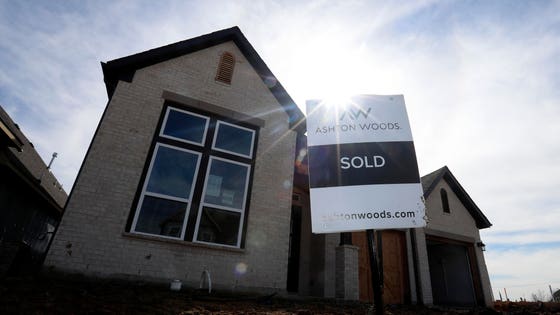 Last month, Newsday released the shocking results of a three year undercover investigation that found rampant housing discrimination on Long Island, NY. Real estate agents frequently funneled white applicants to neighborhoods that were majority white and more affluent, while they sent applicants of color to more racially diverse and less affluent areas. The investigation found that Black applicants faced unequal treatment in nearly half of the tested interactions while Hispanic and Asian applicants also faced bias, though to a lesser degree.

Such discrimination, in one of the most segregated suburbs in the country, is hardly surprising. After all, the United States has a long history of excluding people of color — especially Black Americans — from opportunities that can offer economic security and upward mobility. If this study tells us anything, it confirms that discrimination is alive and well, and that people will go to great lengths to preserve the racial divisions that exist across the country.

But the study also sheds light on the insidious ways that individual choices interact with and perpetuate the United States’ racist institutions. In other words, it’s not just about individual behaviors. Rather, it’s also about the resonance of our historical policies and the resulting norms and expectations that these policies entrenched.

The Newsday investigation used a technique called “paired testing,” which is often regarded as the gold-standard for testing for housing discrimination. The idea is simple: two testers of different races — but otherwise similar characteristics — approach the same real estate agent with the same specifications about the kind of house or neighborhood they are looking for. By making the interactions as similar as possible, such studies seek to isolate the effect of the tester’s race on how the real estate agent treats the tester. Newsday did this kind of paired testing with nearly 200 different real estate agents.

Under the Fair Housing Act of 1968, explicit housing discrimination is illegal. Real estate agents are prohibited from refusing to show or sell a home because of an applicant’s identity. Newsday found that the Long Island real estate agents they tested found subtler ways to discriminate.

White testers were often given racially coded guidance that testers of color were not. In one case, a real estate agent told a white tester, “I’m not going to send you anything in Wyandanch unless you don’t want to start your car to buy your crack, unless you just want to walk up the street.” Another agent told a white tester, “What I say is always to women, follow the school bus. You know, that’s what I always say. Follow the school bus, see the moms that are hanging out on the corners.” In both of these cases, the real estate agent said nothing to the paired tester of color.

Housing discrimination is not new. Racialized housing, especially for Black Americans, goes back to the institution of chattel slavery, and remained a part of the post-emancipation legal reality. Federal housing policies in the New Deal enabled discriminatory mortgage lending practices called “redlining” that facilitated segregated neighborhoods, all while also subsidizing builders to build communities that expressly excluded Black homebuyers. The practice of redlining continues to this day — as the result of the Newsday audits make clear – even though it’s no longer legal.

The United States’ historical policy choices has created a society that accepts — and at some level expects — discriminatory behavior in the housing market. If federal policies had not sanctioned this kind of behavior with policies like redlining, American society may be less complacent with the same kinds of outcomes today. Although the Fair Housing Act and other legislation have tried to fix the mistakes of the past, norms and expectations of inequality continue to exist, perpetuating a system of racialized injustice.

After all, explicit housing discrimination created the segregated neighborhoods that we see around the country and has had snowballing effects on racial inequalities. Segregated neighborhoods are not only divided by the skin color of its residents, but also by access to crucial investments such as broadband internet, grocery stores with fresh, healthy foods, and safe communities. The racialized history of homeownership thus helps explain the devastating racial wealth gap that locks people of color out of a good life. Keeping homebuyers of color out of certain neighborhoods therefore has the broader effect of perpetuating generational wealth divides, denying communities across the country access to the “American Dream.”

The racialized allocation of wealth, safety, health, and opportunity in our economy is ultimately an allocation of power in our society. Discriminatory housing practices are one channel by which this power gets allocated to certain people and away from others, but it is far from the only one.

When the distribution of power is racialized, as it is in so many situations across U.S. society, it is upholding the long tradition of white supremacy. Just because such bias is no longer codified into law, it doesn’t mean that it doesn’t happen and doesn’t cause harm. Simply retracting unjust laws and better enforcing the ones that Long Island real estate agents should have been complying with is far from enough. We must also tackle the tangled web of policies that encourage discriminatory behavior. As housing discrimination in Long Island shows us, it is sometimes the most genteel kinds of bias that are the hardest to root out.