“Where else can you go to get some kind of a decent rate of return, than equities,” Langone said. “Balance sheets are in pretty good shape. I think the economy has got 1.5% to 2% in it next year.”

“Yesterday, I was adding to my positions,” Langone, co-founder of Home Depot, said on “Squawk Box” on Wednesday. “I have so much Depot it’s not prudent” to buy more. 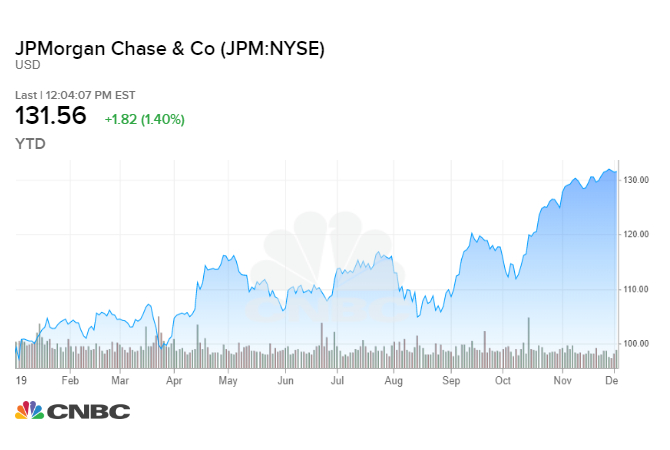 Langone also said, “I added to my Parker-Hannifin position.”

Cleveland-based Parker-Hannifin, with a stock market value of more than $25 billion, makes engineering components and technologies used in products from a wide range of industries, including aerospace, electronics and power generation.

Langone said Parker-Hannifin is “extremely well run,” and the company has raised its dividend every year for 63 years. In fiscal year 2019, the company increased its annual dividend payout by 13%.

Shares of Parker-Hannifin, about 5% shy of early 2018 all-time highs, are up more than 30% in 2019. The stock dropped for five straight sessions as of Tuesday’s close. 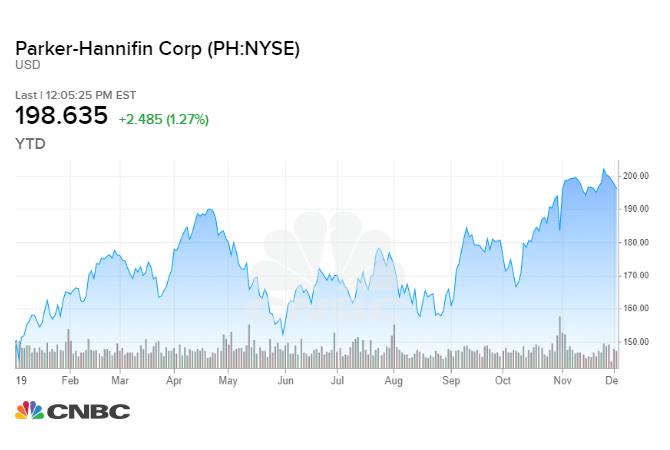 Also in the industrial sector, Langone said he likes General Electric. He said he got back into GE, where he once served as a director on its board, earlier this year, following billionaire investor Stanley Druckenmiller into the stock.

Druckenmiller told CNBC on Aug. 15 that he brought GE shares during the stock’s double-digit plunge brought about by a report from Madoff-whistleblower Harry Markopolos accusing the conglomerate of an Enron-like fraud.

The company has denied those accusations.

“I think Culp is doing a hell of a job,” Langone said Wednesday, referring to Larry Culp, the third CEO of embattled GE in a little over two years. Culp was a GE board member before getting the top job. He was previously CEO of Danaher.

After spending time with Culp, Langone said he was convinced to buy back in.

That’s a turnaround from comments in December 2018, a couple months after Culp was appointed, when Langone called the company’s performance an unfortunate “disaster” and a prime example of “bad governance.”

Boston-based GE, at one time America’s most valuable company, now has a stock market value below $100 billion. 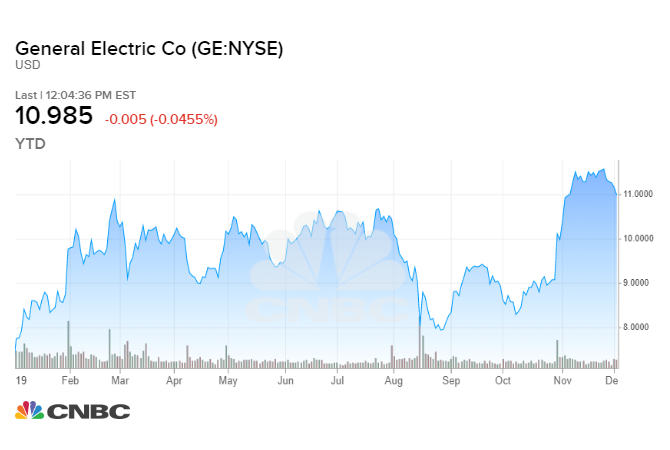