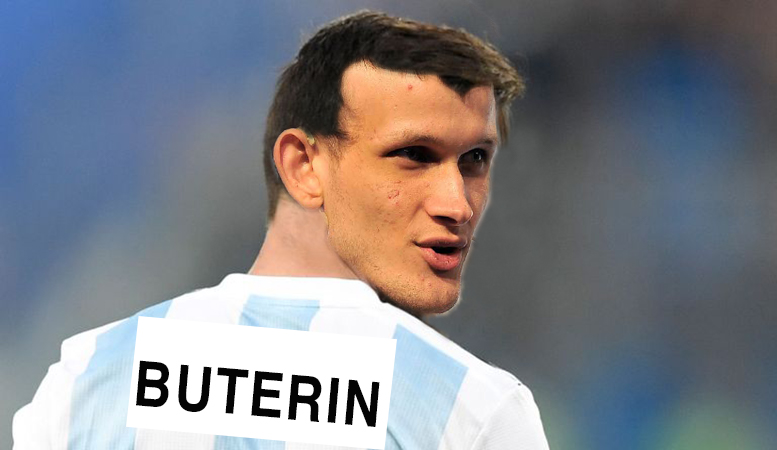 We are down to the final 16 and this round gives no second chances; if you lose your match you are out.

To arrive at the final 16 required tenacity and teamwork; it was a battle of the best and brightest but only the strongest have made it through.

What a game. This is the knock-out stage of the tournament and its a sad day for Vitalik Buterin as he bows out (somewhat gracefully) with a loss to Hoskinson.

Victory was made by one small but vital goal difference, as the two crypto figures kept at each others toes in this exciting game.

Hoskinson kicked us off early with a penalty goal at 13 minutes but it was Buterin’s cracker at 41 minutes which give him a much-needed boost of confidence. Suddenly it seemed the game came alive.

He created one of the most spectacular goals we’ve seen the Ethereum co-founder produce reminding us of his brilliance.

However, he was matched (and then some) by Hoskinson who has always been a prominent force in this tournament. His four goals were nothing short of spectacular (especially the volley at 57 minutes which was controlled and showed his technical prowess.)

Towards the end, frustration was clear to see on Buterin’s side, causing the referee to hand out yellow cards as if they were flyers. He desperately scrambled to find a fourth goal to level the game.

Hoskinson goes through and the disappointment was all over Buterin’s face as he is now sent home. His fans are the true victims of course.

This game saw another world favorite sent home — John McAfee. Garlinghouse started well with a goal at 7 minutes which shook this game up. The draw came during the second half at 55 minutes but McAfee didn’t bring out the big guns until after Garlinghouse’s 62nd-minute goal. Some have scratched their head over this, as it was too late. Brad Garlinghouse was too strong and McAfee just could not find another goal.

What a start to the knock-out stages. With McAfee and Buterin out, this tournament is now wide-open.

How Much Do You Know About Cryptocurrency

2018 Is The Year Crypto Currency Millionaires Are Made