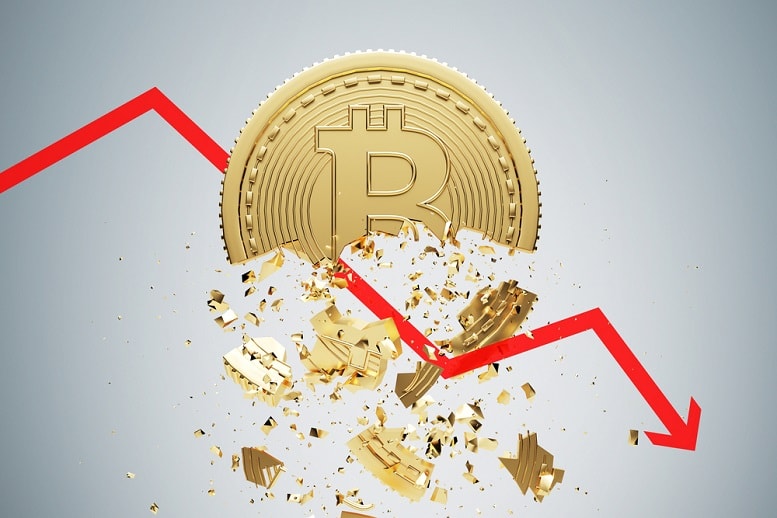 Today has not been the best day for cryptocurrencies everywhere. With Bitcoin declining below the critical $6K level, it marks the furthest drop in the coin since November.

Declining as much as 4.2 percent on Friday, it is currently trading around the $5,900 mark; this is whopping 59 percent decline from its highs at the beginning of this year.

As with many things, where leaders go the rest will follow and the cryptocurrency market seems to be reflective of that adage. For example, today also saw Ethereum and Bitcoin Cash fall dramatically — with ETH now hovering around the $400 mark (a drop of around 5.6% since yesterday) and BCH struggling with a 5.12% loss. It is currently trading at $661.

Though the coin leaders have dropped in value they still hold relative worth; major financial figures see the potential in the downturn suggesting that when BTC drops to 5K, it will be a perfect time to buy (which may, of course, see the price spike again). And there will always be the optimistic bulls who still believe in the outlandish price Bitcoin could hit by year-end, seeing the massive loss of value as only a mere slump.

The Ones that Got Left Behind

The issue, however, is that the market consists of over 1000 lesser-known coins too, and they have been hit the hardest. Is anybody even noticing? Reputable sites Coinopsy and Dead Coins have listed between 800 to 1000 coins that are now effectively worth nothing. Coins such as: Protex, Zcash Classis, and MoxyOn are deceased, whereas Fujinto, Allion, and Nanotec, were all scams.

According to a March analysis from Satis Group (an ICO advisory firm), less than 4 percent of coins with market caps from $50 million to $100 million have actually sustained themselves and become successful or promising. This fact when combined with the reality that the entire market cap has fallen from $830 billion at the crypto-mania peak to $236 billion today, highlights a languishing market; the combined value of tokens tracked by CoinMarketCap.com has dropped by two-thirds.

There has always been concern surrounding cryptocurrency and these concerns have always weighed heavily on the market price. Catalysts for price volatility include; sentiments that the market is a breeding ground for illegal activity, questions over the “true” value of coins, dodgy ICO’s and pump and dump schemes. Add to that, exchanges which are a hotbed for hacking attempts with some major successful attempts over the years.

>>The Watchlist: Three Potential Crypto Hubs Around the World

Bitcoin is considered to be a bubble by many influential voices and its activity is very similar in many ways to the Dot-com bubble of the late 90’s. So many coins are making unkept promises and falling at the hurdles of longevity. Bitcoin is still hanging in there but will it ever hit those highs of late 2017 again? Are investors now buying into what is effectively a long goodbye?

Leave your thoughts below!