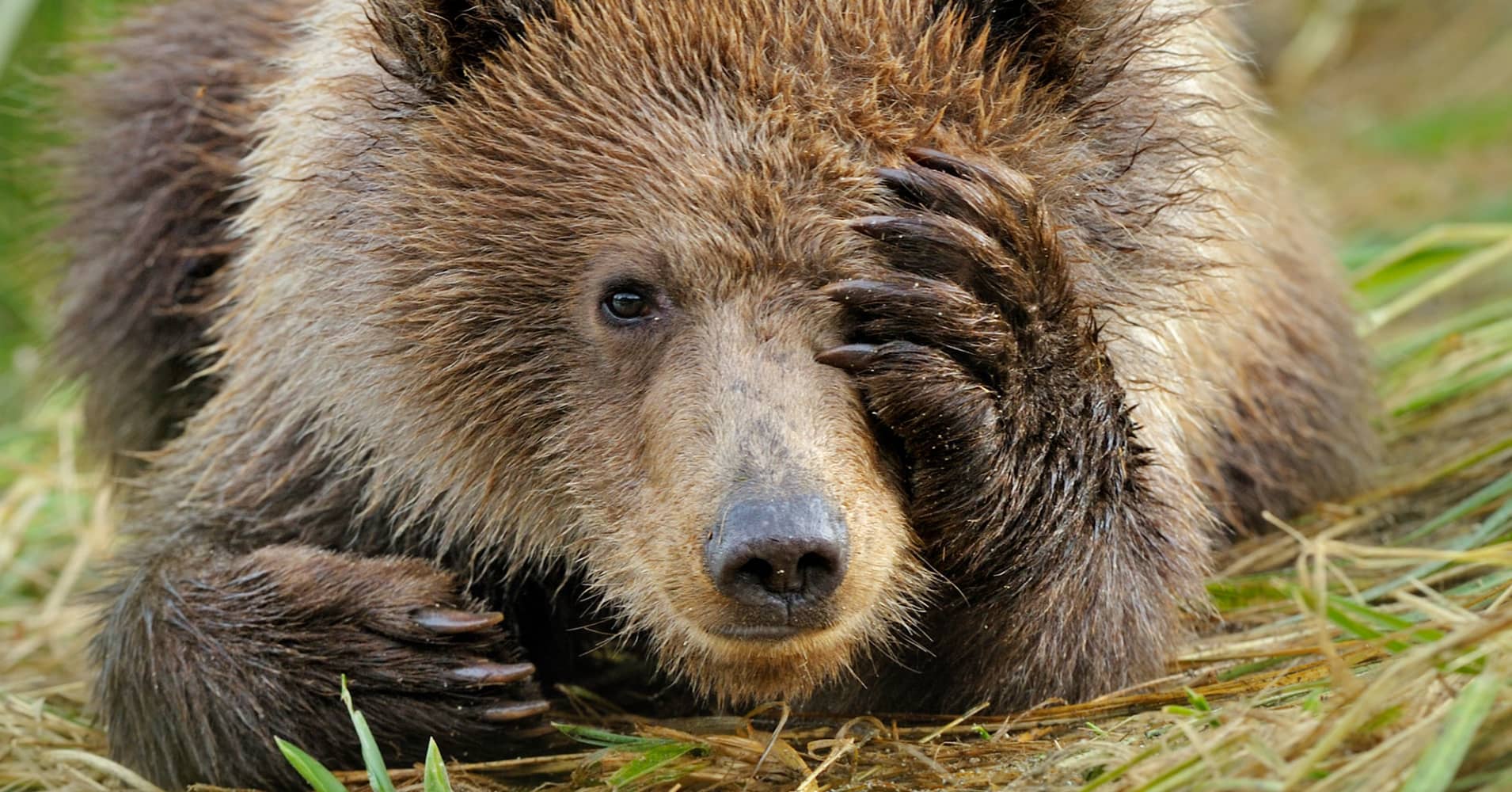 As the first half of the year comes to an end, the stock market is looking especially wobbly.

Stocks Wednesday staged an ugly reversal to the downside, building on warning signs that have been going off since late last week when selling centered in banks and the high-flying FANG names.

The market has been reacting to trade-related headlines and was up sharply early Wednesday on news the White House would let an existing committee on foreign investment make decisions on Chinese investments in the U.S. But the rally gave way to selling, and the S&P 500 lost 23 points, closing at 2,699, just below the key 2,700. The Dow, up 285 points in early trading, plummeted and closed nearly a percent lower, down 165 points at 24,117.

“It’s possible this is quarter-end noise, and profit-taking as we worry about policy, as we go into the end of the quarter. You can’t ignore the technical damage that’s been done,” said Robert Sluymer, head of technical research at Fundstrat. Sluymer said the next test for the market will be whether the S&P can hold above its 200-day moving average, which is 2,666. The 200-day is widely watched by even non-technicians as a metric for price momentum, and it is simply the average of the last 200 closing prices. 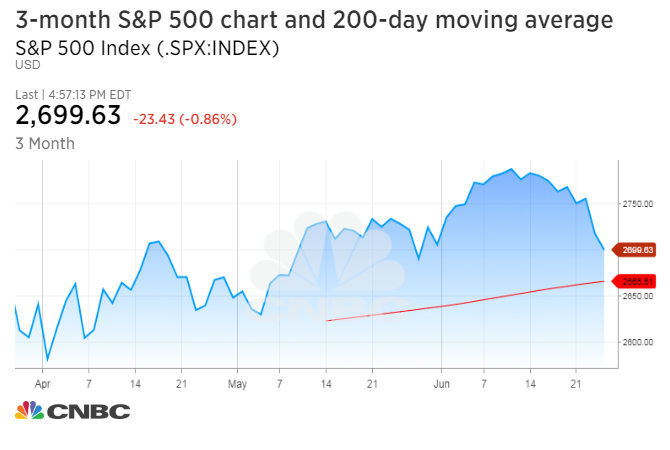 The abrupt about-face in the major averages is a negative sign and could mean more selling ahead, technical strategists said.

“The small caps for the first time in a while are weaker than other sectors. It’s giving traders some signs to pare down risk,” said Scott Redler, partner with T3Live.com. “The question is whether this is a normal rebalance at the end of the quarter, or is this giving us clues that we could see more volatility and the start of a correction?”

Technical strategists said there are other warnings for the market, and many of them are coming from overseas. Sluymer said indexes representing emerging markets, Europe and global developed markets all took out their 2018 trading ranges, and broke uptrends that were in place since 2016.

“The Chinese market [Shanghai] is at a 2-year low. … Typically that would put pressure on our market, but it hasn’t been an obsession yet. Then you have Europe, the DAX is below its 200-day, and that shows technical deterioration,” said Redler. “Right there that should have been a concern, and it really has been overlooked because everyone’s looking at tariffs and trade and rhetoric from the White House.” 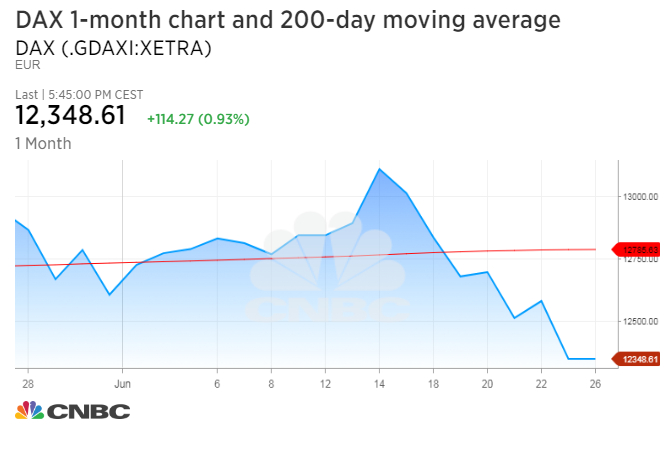 Redler said he lightened up on stocks Thursday when he saw weakness in banks and the FANG stocks, meaning Facebook, Amazon, Netflix and Google parent Alphabet. Redler said investors could be paring holdings in FANG names to rebalance at the end of the quarter after strong gains. “Or it could be the last group standing, that plays catch-up to the downside,” he said.

“You have to acknowledge bearish characteristics, and the more they add up, the more pressure there is on the [market],” he said.

Todd Sohn, technical analyst at Strategas Research, also said it’s notable investors are selling winners. “Whether it’s related to some sort of reversion play or something more sinister, some of the names were very extended. But we need to be on guard in case something worse is going on here,” he said.

Sohn said he has been watching the industrials, and in that group the bellwethers are getting hit. For instance, Caterpillar is at an 8-month low.

“I am more concerned as to what’s going on with the bank stocks. They haven’t responded yet. They’re starting to break down here,” Sohn said.

Redler said XLF, the Financial Select SPDR ETF, and JPMorgan both fell below their 200-day moving averages on Friday. He said the banking sector faces a major test Thursday with the final phase of the Federal Reserve’s annual bank stress tests. 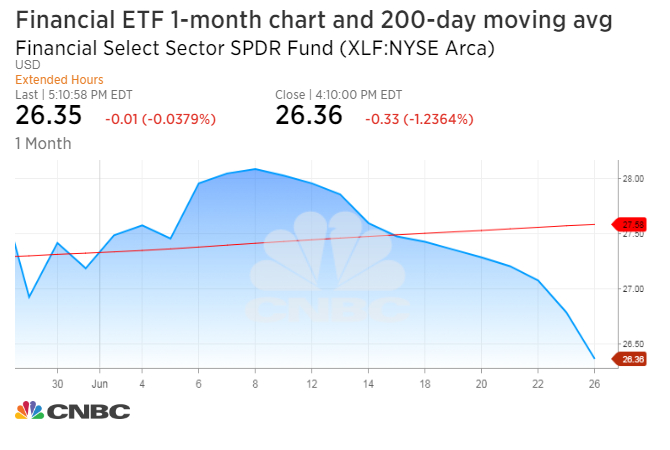