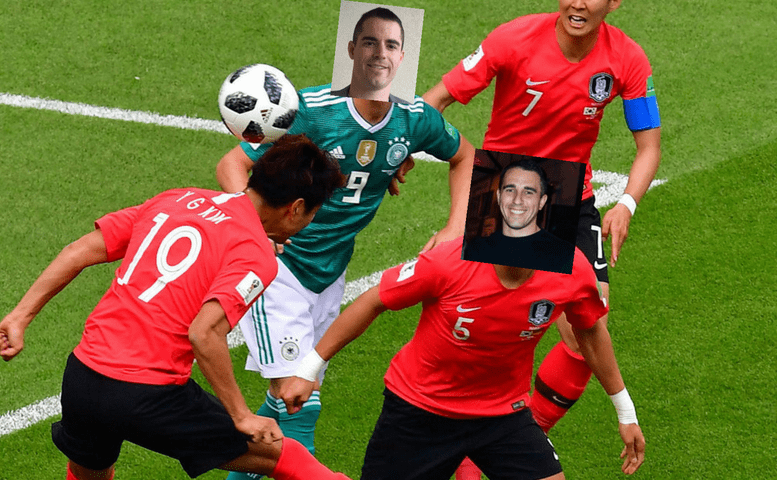 Day 14 of the Crypto World Cup was a wild one! Roger Ver faced off against Anthony Pompliano in what turned out to be a shocker of a game. Plus, Willy Woo pulls the wool over everyone’s eyes.

Meet the players of this year’s Crypto World Cup.

Check out the results and highlights of today’s games

The stakes were high today, especially for Willy Woo. Armstrong, having won his last two games, was already guaranteed a spot in the next round, and while there was a strong likelihood that Woo would be moving on as well, a bad game today could have really messed things up for Willy Woo.

But Woo was on fire today! He managed to get in three amazing goals, as Armstrong struggled to hold on. Perhaps Armstrong wasn’t trying too hard since he already knew he’d be moving on, but he certainly wasn’t giving much of a fight against Woo.

This could have been the game to end all games – and for Roger Ver, it was. Ver was a favourite going into this year’s Crypto World Cup, considering he won the last competition, but bad luck was on his side this year. Could this be the return of the winner’s curse?

It was a nail-biting game throughout and both Pompliano and Ver fought hard, Ver reallllly pushing for Bitcoin Cash to go through, but he just couldn’t quite make it.

Pompliano, already out of the competition based on his previous poor performance during his last two games, showed us that he’s still got it in him. Pompliano managed an amazing two goals in the last few minutes of the match, ensuring that Ver wouldn’t be getting any measly tie points – and with that, Ver is officially out of the competition!

Schwartz managed the first goal in his game against Larimer, but his victory lap didn’t last long. Larimer soon tied the match 2-2, continuing with today’s tradition of losers giving the other teams a run for their money.

Had Cameron Winklevoss lost today, he wouldn’t have made it through, such has been the rocky start to the competition for this favoured crypto rep. But, facing off against Dimon, Winklevoss clearly wasn’t nervous – and he needn’t have been.

Winklevoss came away the winner today and will be advancing to the next round, along with David Schwartz, Brian Armstrong, and Willy Woo.