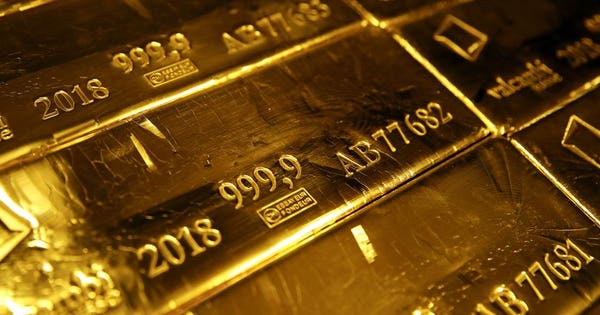 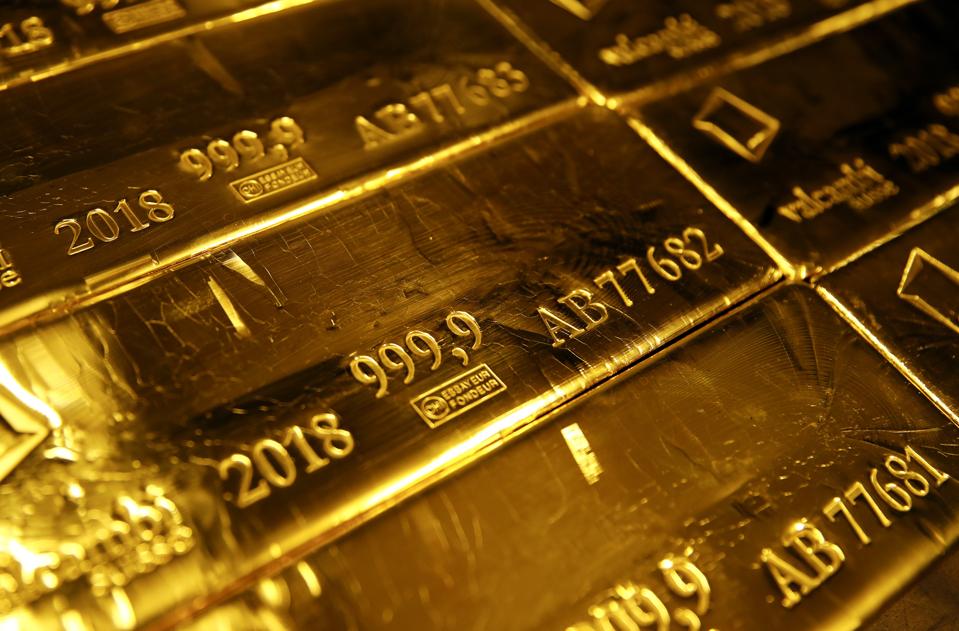 The price of gold last week dipped below a significant uptrend line. It’s been almost 2 years since the precious metal peaked in the summer of 2016 at above 1300. Since then, it’s meandered steadily downward to sideways and now the chart is showing just how precarious the pattern may have become. Take a look:

One of the companies that does the mining hasn’t been as affected by the recent downward slant of metal’s price. That would be the most widely traded miner on the New York Stock Exchange: Newmont, which peaked in 2016 at 45 and now trades at 37.46.

The price remains above the Ichimoku cloud — more bullish than bearish, according to the technical analysts who follow this — as the chart appears to be steadily consolidating that extraordinary up move of 2 years ago.

Royal Gold — a NASDAQ-traded mining-related company — actually trades higher now than it did at the gold price peak in 2016. I say “mining-related” because Royal doesn’t actually do any mining but provides “streaming” — that is, gives cash up front to those who are mining in return for the right to buy the metal at a reduced price sometime in the future. It seems to be working for them.