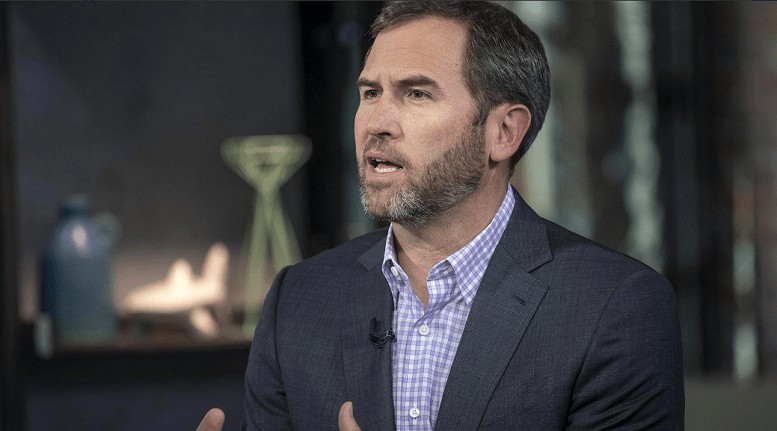 Last week, Coinbase announced that it will soon be adding Ethereum Classic. The move sparked joy across the crypto-board. However, some were left wondering – is Coinbase adding Ripple?

Considering Coinbase is moving to Japan, where XRP is popular and is openly looking to list new virtual currencies, it seems like it’s only a matter of time before we see headlines of Coinbase adding Ripple.

The Coinbase and Ripple debate is not something that’s new. Rumors of a Ripple Coinbase listing have floated around the crypto space for a while. Some have even claimed Ripple tried to pay the California-based company $1M to list it.

Despite the rumors, however, we have yet to see a Ripple Coinbase listing. That isn’t stopping Ripple from trying, though.

Yesterday, at the Future of Fintech conference – which took place in New York – Ripple CEO Brad Garlinghouse said that it is “in Coinbase’s interest” to get involved with Ripple (XRP).

Speaking to a reporter with Fortune, Garlinghouse said that Ripple is a software company that sells its blockchain to financial organizations. And though they own XRP, it was not created by them; it was given to them. However, some of these financial institutions do choose to use XRP to speed up payments.

This is why Garlinghouse thinks Coinbase adding Ripple would be a smart move. Ripple solves problems that financial institutions face, and that’s why “it’s in Coinbase’s interest to participate in that.”

To me, a Ripple Coinbase listing makes sense. However, if Coinbase is sticking to its words spoken in March, it’s doubtful that this will happen, unless Ripple is deemed not a security.

In March, Coinbase said that it will only trade virtual currencies that regulators have deemed not to be securities. That has yet to happen with Ripple (XRP), which is another debate that rages on.

Speaking of XRP, let’s look at the Ripple price: XRP is currently selling for $0.49. This puts the coin down 6.67% in the past twenty-four hours.

This is a significant drop in the Ripple price, compared to, say, two weeks ago. Then XRP was selling for above the $0.60 mark.

Do you agree with the comments made by Ripple CEO Brad Garlinghouse? Should a Ripple Coinbase listing happen?