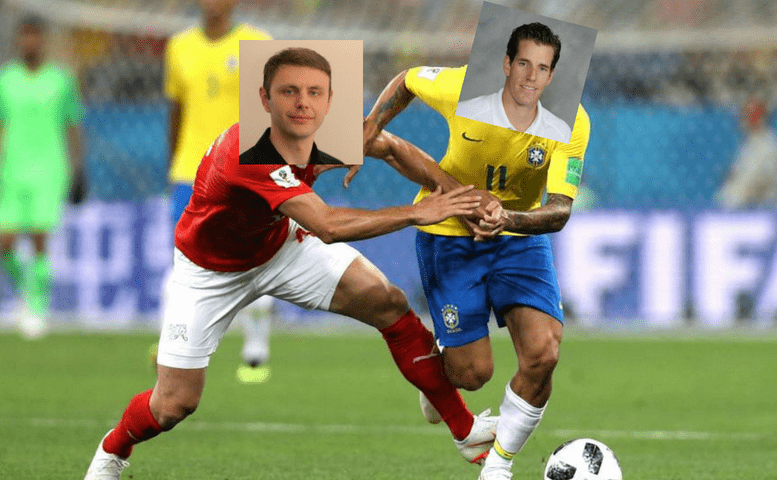 It’s Crypto World Cup day 9 and round 1 of the world cup is giving us our worthy victors; by June 28th we should have our top 16.

Today’s matches saw World Cup favorite Cameron Winklevoss defeat Dan Larimer in a cruel last-minute win. We also had Barry Silbert and Nick Szabo meet face-to-face but everyone held their breaths as Jamie Dimon and David Schwartz both scrambled to find that last minute goal that would sway the victory in their favor.

If you don’t know them all yet, meet the players of our Crypto World Cup!

Cameron Winklevoss came alive in the final 2 minutes of this game. Up until the 90th minute, the match was tied 0-0. It looked like Winklevoss was set for another draw in the first group stages of this tournament. But to everyone’s disbelief, it was in extra stoppage time where he rolled up his sleeves and got back in this game scoring two late goals. Now Winklevoss leads this group and looks set for the next stage of the cup. Larimer is going to be out now as he sits point-less at the bottom of the table.

It was a surprise to all but then, it wasn’t. Nick Szabo had failed to show up in his match against Charlie Lee and it appears the same happened today. What’s going on Szabo? Silbert, on the other hand, shot ahead with a 2-0 win over Szabo which has secured him second place on the group D board.

No doubt that it was the most exciting match today. It was last minute, it was exciting, it was unexpected but somehow David Schwartz managed to break away and net a 2-1 victory over his competitor Jamie Dimon. Dimon had looked superior in the first half – he was no easy foe. The match was tight with the two teams equalizing for the majority of the game. Dimon has been denied a penalty when the teams were drawn at 1-1. This was a controversial decision which will no doubt be talked about over the coming days. Schwartz now leads Group E alongside Winklevoss with 4 points to his name.

Tune in to the upcoming games and we start to see the leaders emerge from each group! The competition is heating up. Who will come out on top of the Crypto World Cup??