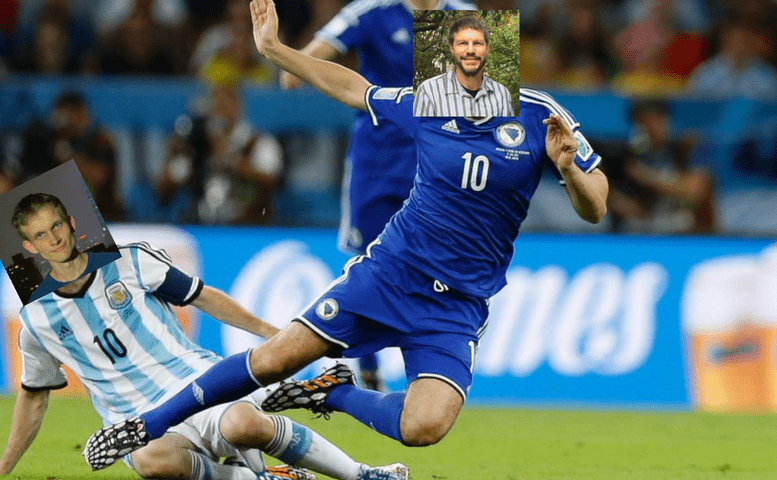 After two days of action-packed drama, the Crypto 2018 World Cup has officially concluded day 3. Lots went on today, but everyone seems to be talking about Vitalik Buterin (Argentina) and Iceland (Nick Szabo.)

If you missed it, don’t forget to meet the players for all the upcoming matches for the Crypto World Cup!

The stakes were high today, but the score (sadly) came to 1-1. Eyes were on Vitalik Buterin at the Crypto World Cup, with it being Argentina’s opening match at the tournament. Meanwhile, the cheers of Nick Szabo supporters filled the stadium. This was Iceland’s first ever World Cup game. And they came, they saw, but no — they were not conquered.

In the 64th minute, Lionel Messi was awarded a penalty, but he failed to convert it. Iceland, and therefore Nick Szabo, are getting major credit for this. Messi is under fire, as it was his first penalty in a World Cup (aside from shootouts). Should he have made it? Should Vitalik Buterin have taken the W? Let me know what you think!

– The 2018 World Cup is in Russia. Vitalik Buterin, co-founder of Ethereum, was born in Kolomna, Russia.

– Nick Szabo was drawn as Iceland in the Crypto World Cup. To our surprise, he has a connection to the Nordic island nation. He has spoken of Iceland’s crypto energy consumption on a number of occasions.

Charles Hoskinson came up on top in Saturday’s game with a score of 2-1. This is the 4th World Cup that France has started the tournament unbeaten. Meanwhile, Australia is getting some sympathy, as the game means the country has lost 4/5 of their World Cup opening games.

Tiffany Hayden was drawn as Australia for the Crypto World Cup. She is a member of the XRP community and is seen as a fresh face in the crypto space. Australia had a fresh face in the game today, too. In the 84th minute, Daniel Arzani took the field, making him the youngest player to make an appearance in the World Cup for Australia.

In the 80th minute, France grabbed a late winner, allowing Charles Hoskinson to end day 3 on top. Sometimes you just need to take a step back, and then come back hot. Hoskinson did this after he left Ethereum; he went on a 6-month hiatus, and then created his engineering company called IOHK.

Considering this was Peru’s first game in the World Cup since 1982, all eyes were on this match. Ultimately, however, Bill Barhydt was victorious in Denmark’s opening match of the 2018 World Cup. Denmark defeated Peru, and therefore Apolo Ohno, with a 1-0 victory.

Apolo Ohno and Peru are getting credit for maintaining possession more than Denmark (54% vs. 46%) and for having more shots on goal (17 vs. 10). However, Denmark managed to score in the 59th minute, just short of the hour. Tottenham Hotspur midfielder Christian Eriksen flicked the ball to Yussuf Poulsen, who then drilled it into the net from 10 yards out.

Last match of the day and it was quite the doozy. Both teams put up a good fight at Kaliningrad Stadium, but ultimately, Charlie Lee took home the cake.

This was the first time Croatia and Nigeria have played against each other, and while Nigeria and Barry Silbert did not underperform, matching Croatia’s number of shots on goal, they did let in an own goal in the 32nd minute. This caused them to fall short early on, which probably impacted their game mentality. Croatia scored its second goal in the 71st minute.

Similar to Croatia and Nigeria today,  Charlie Lee and Barry Silbert have faced off against one another at one point in their lives. In fact, Charlie Lee is cited as saying that he opposes SegWit2x, which was a project initially proposed by Barry Silbert.

Did you have a match today that shocked you the most? Mine’s probably Vitalik Buterin (Argentina) vs. Iceland. I mean, Messi missing a penalty? Didn’t see that one coming. Did you?

Check back in tomorrow for day 4!