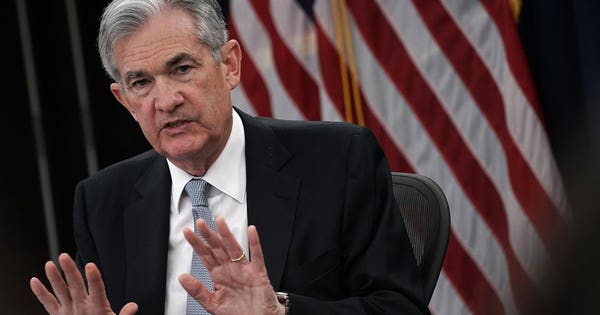 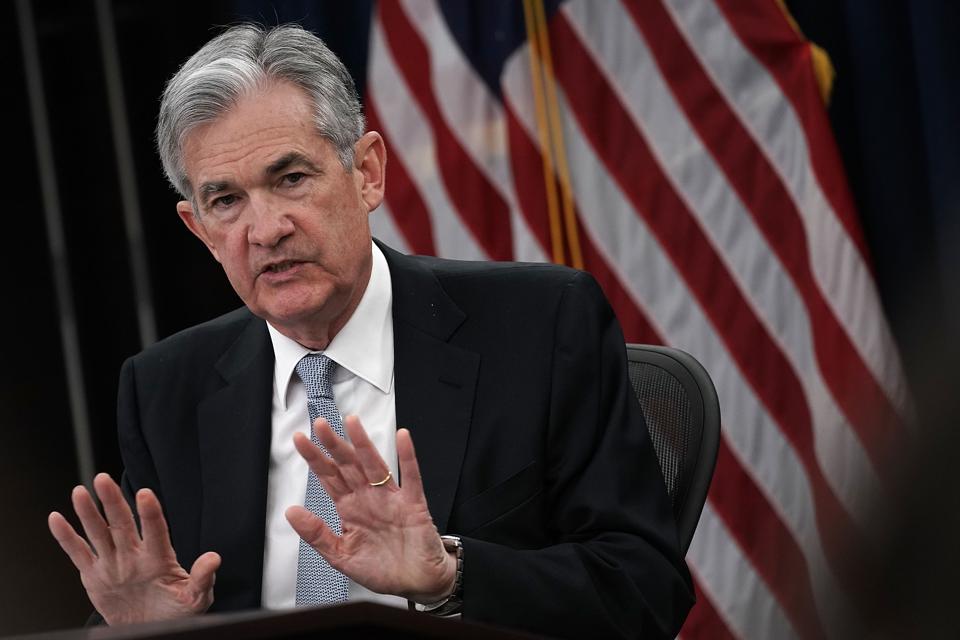 The Federal Reserve will raise interest rates by 25 basis points on Wednesday. No one is surprised. But as the Fed continues apace on its long tightening cycle, many players in the market see this as a harbinger of economic contraction, an inverted yield curve, and yes, Trump-haters, maybe even a recession.

Jeffrey Gundlach, chief investment officer of DoubleLine Capital said this week that the Fed was on a “suicide mission.” His main concern is that the Jerome Powell-led Fed is raising interest rates at a time when the deficit is growing. More interest for the U.S. to pay on those debts. To him, deficits really do matter.

“Here we are doing something that almost seems like a suicide mission,” Gundlach said Tuesday in a webcast covered by Bloomberg. “We are increasing the size of the deficit while we’re raising interest rates.”

Big-picture investors who make calls based on what they read out of Washington, see Trump revving up to go after Powell next. His argument is predictable: “the Fed never raised rates under Obama and now here I am giving you 3% growth and you’re killing it bigly.”

The Federal Funds rate is expected to be set to around 2% today. Interest rates began rising in Obama’s last term. This marks the seventh hike in the tightening cycle. 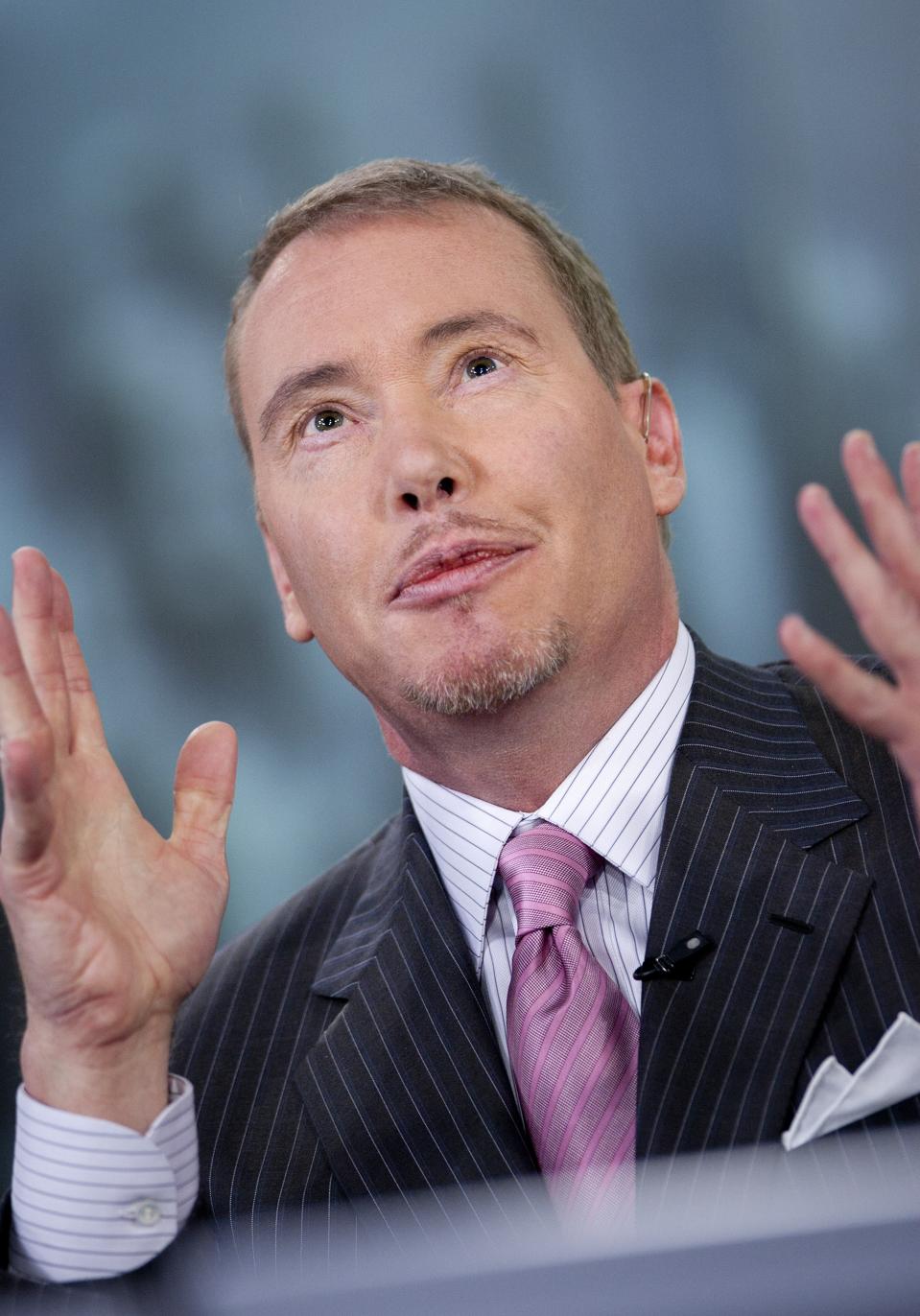 There are a few key questions surrounding Powell and the Fed’s supposed “suicide squad.” These include external risk factors like the potential for higher tariffs. Higher tariffs will mean higher inflation. Could the Fed raise its inflation target?

The greater emphasis on the Fed’s symmetry with respect to its 2% inflation target could be interpreted as something of a de facto price level target for rates, at least in the short term, BNP Paribas analysts said in a note on Tuesday. The 10-year is now yielding 2.96% and is up .75 percentage points this year.

Investors want to hear from the Fed before making big moves over 3% in the 10-year. Over 3% would be an adjustment for equities, likely prompting a sell-off globally.

The May meeting minutes from the Fed (FOMC) showed some members saying it might be best to remove the statement about how “the federal funds rate is likely to remain below levels.” If so, investors will see this is a sign that all systems are go for more rate hikes this year into next. The FOMC’s median forecast as of March suggests the Fed funds rate—the overnight borrowing rate used by banks—will hit neutral by the end of 2019.

The current set of interest rate projections from the FOMC sees the benchmark rate hitting 3.1% by December 2020 , meaning whatever consumers are paying now for auto loans and mortages, add around 200 to 300 basis points to that. If the short-term rate is 3.1%, then the 10-year is supposed to be higher, usually by around 100 basis points. But if the markets see higher rates causing an economic slowdown, then the longer end of the curve won’t budge as much as the short end, and that’s how an inverted yield curve is born. That’d be a huge sell signal for the market.

There is some speculation that Powell could announce that he will hold a press conference after every FOMC meeting, which would give the FOMC greater flexibility in changing policy. To date, Powell speeches have come up short on the bullish side. He’s been somewhat of a wet blanket to date.

It is also possible that the FOMC increases the interest rate on excess reserves by less than 25 basis points. Essentially, the Fed pays banks an interest rate on the reserves they hold at the Fed. This is basically a subsidy to the banks that is no longer required given the improvement in banks’ net revenues and profitability.

Can all this derail the economy? Or at the very least, take a hammer to market sentiment?

For those waiting for a recession to undercut Trump, they might have to wait until next year. Based on current economic data, the U.S. economy will not sputter out in time for the midterm elections.

“The backdrop for the U.S. economy is positive,” says Neil MacKinnon, an economist with VTB Capital in London.

The unemployment rate is at an 18-year low and economic activity and sentiment data are all positive. On Tuesday, the NFIB small business optimism index hit a 34-year high.

But core inflation is rising above the official 2% target. Powell can’t possibly like that. Should the Fed pull the rug out from under the economy, the story will be that the impending correction is due to Trump’s trade tariffs. The Fed will be exempt from criticism.

Meanwhile, it really is all systems go for the U.S. economy. The Atlanta Federal Reserve’s GDP Nowcast model predicts real GDP growth of 4.6% for the second quarter. (Paul Krugman must be furious.)

Outside of the U.S., political risk is high in Italy, Argentina, Brazil, and Turkey, not to mention the Brexit imbroglio between London and Brussels. BNP Paribas notes that the Fed could very well flag those risks in its statement just by saying they are monitoring them. Such an inclusion in their after-hike meeting minutes would be dovish and push markets higher.

The Fed may not be on a suicide mission afterall. If they see external matters diminishing demand for dollars and U.S. goods abroad, this could impact its outlook for future rate hikes, BNP Paribas economists believe. Roughly two years ago, Yellen held back on raising interest rates for various reasons, but China was one of them.